Only two months before Christmas Day 2020 where, according to the best estimates, nearly 400,000 Americans will not be gathered

around friends and family because they are dead. Dead...  Welcome to Sunday Morning Coffee my weekly opinion piece where the President of the United States tells people that on November 4th the conversation about COVID19 will, "go away".

There are just 8 days before the November Election...eight days to fight like hell for sanity and the soul of our nation. I doubt many people out there are "undecided". I mean, really, how can you be "undecided" at a time like this?  It's either four more years of failure or the promise of restoring dignity to not only the White House but also the United States Senate. That's why, yesterday, people all over the nation were making 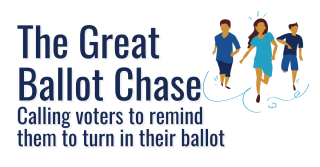 phone calls to people who had not yet requested a mail in ballot.  That is why yesterday, rather than observe Shabbat, I was on the phone getting people to understand that here in Iowa they had until 5PM to request an absentee ballot so they could vote by mail. There were dozens of others doing that work and now comes the "Great Ballot Chase" where we make sure those ballots are turned in.  It is a massive effort and nothing will keep us for working...daily to restore our nation.  And, you can count on the fact that we're not done. There are more elections to come and Democrats are fired up and so done with being "nice". If you are a politician with an "R" behind your name we will work against you...every...single...day.  End of rant.

It Ain't In The Bag

battleground states this is not a done deal. Just yesterday as early voting began Republicans turned out in mass to vote in Florida. Older, white voters are hitting the voting booths beating the number of younger voters of color. That is a problem. And, if it is happening in Florida it is happening elsewhere.

You have to understand that fear is a great motivator and the president has been stoking fear for months and months. Some people believe it and they are...scared. (Photo: NPR) 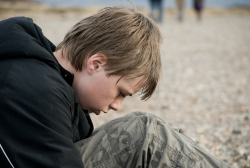 There are parents and grandparents out there that say that to kids every day. They may not be political. Hell, they may hate politics and they may have made the decision to not vote.  While they may want a living wage, affordable health care, the right to marry who they love, desire a clean environment, a good education and a good paying job they are turned off and will fail to vote.  Here's the deal...they have also abdicated their right to tell kids they love them. How can you love a child and turn your back on their future? Wanna clue me in on that.  If you really love your kids...you will vote for their interests.  That is reason enough to go to the polls.

Yesterday Sen. Lisa Murkowski (R-AK) announced that she will fall into line with the other Republicans and vote to confirm the nomination of Judge Amy Coney Barrett to the United States Supreme Court. Was there really ever a doubt? While Democrats often fight with each other you can always count on the GOP to circle the wagons and do their duty. The hypocrisy of her and this crowd is numbing.

But, you already knew that.  No surprise here at all.

Many of you know that I've hosted Insight on Business the News Hour for the past twelve years. First on radio then on a daily podcast and today a mix of both. When I was doing the newscast on local radio the stories tended to be, well, local. Now that the reach is world-wide the stories tend to drift in that direction. However, and you can check the "tape", I try very hard not to inject my personal politics into the stories I share. That's not my job.

And, that's why I'm always stunned when business people, especially in this divided nation, decide to play politics with their business. For example during every election season you can count on Republican candidate signs to spring up outside of Heartland Plastic Surgery that is run by Eugene J. Cherny, M.D. I suspect that Dr. Cherny knows his target demographic and they are not Democrats but wealthy members of the GOP. Why else would you display your allegiance to the public? Hey, that is his right. If you don't want Democrats as clients...just chase them away...or hope they don't notice or care.

The owners of Clive Power and Equipment on University Avenue were once in the same boat. But, interestly, this year there is not a political sign to be seen in front of their store on University Avenue in Clive, Iowa.  I used to do business there but after a couple of election cycles I decided to move my dollars elsewhere. 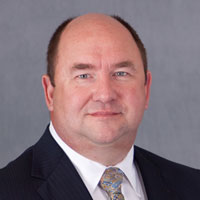 But then yesterday, in an article by Liz Lenz and posted to Iowa Capital Dispatch, came the news that Midwest grocery store CEO Randy Edeker shared his political/social views in a video sent directly to employees of HyVee. To be clear, for those of you from outside of the Midwest, HyVee runs about 265 stores in multiple states. The message was clear: Vote for the president because if you don't taxes will have a negative impact on our business.

This at a time when grocery store profits are through the roof. Why?  COVID19. More people are staying away from restaurants and cooking at home. So, more COVID19 is good for business?

But, wait, I'm getting ahead of my skis.

What Randy is really worried about are his taxes. You see Edeker makes a ton of money and he knows that if Joe Biden is elected his taxes are going up. And, they should. Meanwhile profits at HyVee continue to climb. For example they have made the corporate decision to move away from name-brands and load the store with their private labels. Why? Profit.  Private label products yield 35% profit margins compared to 26% for national brands, according to U.S. Online Grocery Shopping Takes Off but Remains a Challenging Channel, a report from Mercator Advisory Group. Here is a link to that story in Supermarket Perimeter.

So, why am I sharing all of this with you?  Because we also have choice. My choice is to stop doing business with Edeker and his company. Not another dime...and know that I've been a loyal HyVee shopper for decades.

Oh, one other thing. If you read the story by Liz (you can do that right here) you will note that HyVee gave the Iowa Democratic Party $10,000 last year. Know why? Because Democrats across the state were up in arms when Randy and his company hosted the president at an event and sent the GOP cash. Pressure from the Polk County and Iowa Democrats at a meeting with HyVee demanded some fairness.

Not another dime Randy.

Wow!  My Bride has been saving stuff for over a year in an effort to transform our bedroom into an"island retreat". Last night was the big reveal. I was blown away.  I didn't think to snap a photo so you'll have to wait for that but...wow! She has an amazing talent. I know how hard she worked on making this special and it truly is.  I'll share what she shares soon. Just wanted you to know.  I'm pretty lucky.