Grab a cup of Sunday Morning Coffee - The news stories you might have seen, or missed, all laced with my commentary and opinion.  It's what I get to

In case you missed it yesterday Stamford University released a study saying that the result of these rallies held to inflate the president's ego are responsible for over 30,000 new COVID19 cases and an additional 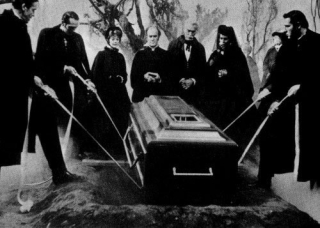 700 deaths. It's becoming more clear to me that the Republicans simply want you...dead.

Think of it. What an amazing strategy. Deny COVID19, blame doctors and hospitals for inflating the number of cases and deaths just to line their own pockets with cash. Meanwhile older people are dying ("They are gonna die anyway.") And people of color (pick one) once infected are more likely to die. Then we won't be bothered by all of this "equality crap". It's brilliant.

And it fits that so many "born agains" are willing to abide with this concept. After all, life here is full of trouble and toil. When you die it's "pie in the sky" and paradise. Onward Christian Soldiers....

Let Me Give You A Sample

Last week I was making calls to Iowa voters in the 16 counties that make up the Third Congressional District.  Lots of phones out of service but I was able to get through to a couple dozen. Some great conversations. One woman by the name of Mary who lives in the tiny town of McClelland kept me on the phone for some time sharing stories of her family and friends (all voting for Democrats). It was a 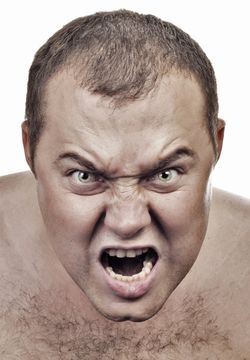 There was also this call:  After saying I was calling on behalf of the Iowa Democratic Party this guy said, "F*ck you you mother-f*ckers. I am so grateful that Jesus caused that judge to die (Ruth Bader Ginsburg) and has sent us this warrior (Amy Coney Barrett) to right the wrongs this nation has been doing for nearly eighty years!" He then hung up.  Yeah...there is that.

What Is Your Deal?

The Selzer Iowa Poll came out yesterday and has the president and Sen. Joni Ernst (R-IA) leading by more than the margin of error. I remember when I came to Iowa. We were a leader in so many things from science to agriculture to education. Heck, we even had the Iowa Test of Basic Skills which became the national measurement of education. Today? Meh....we're leading the middle of the pack. We're losing teachers, we have a governor who denies science and has bought into the GOP Death Cult (Privatize Medicaid and watch 'em drop like flies.) And, now the guy who every time he opens his mouth he is lying...is leading in...Iowa.  Moving away from a solid education has its rewards.  That you fawn over this president really does say more about you...then him. 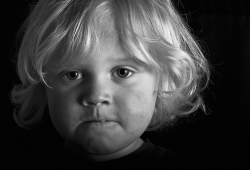 Then there is this. It would seem that people that are so against abortion have something in common. Let me be clear, our family is, in general, opposed to abortion. Now, not all abortion. We tend to take the biblical view. Go ahead, look it up. However that does not mean that we wish to remove the option from the women of our nation.

But there are some that do. You know why it is so easy for them to be pro-life? The answer is because the fetus doesn't need anything. True, once the child is born then they may actually require care and that's where my pro-life friends draw the line. Education, food, housing, child-care, medical care...that's a whole bunch of needs that they care little about.  So, yeah...it's pretty easy to support something that doesn't ask for anything.

It was a moving speech this past Friday as hundreds jammed into the Iowa State Fairgrounds to hear Joe deliver a great address. I had 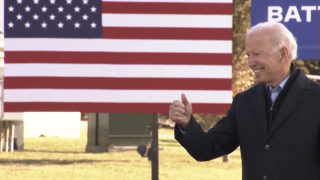 been asked to go but, because of work, I was not able to attend. However, I was able to watch the entire event online thanks to the Des Moines Register stream. Joe delivered in a forceful and articulate manner.  It truly is his time...he was made for this time.

Ross Daniels also spoke about the death of his father z"l at the hands of COVID19. It was a moving tribute from a man who has championed health care. Joe had words for him as well saying, "Ross, you turned a tragic event into a cause and by doing so you honor your father..." That is pretty close to the conversation Joe Biden and I had last fall.  I'll never forget that...never.

Yesterday I received word that a close personal friend lost her dear mother to COVID19. Altjie Larson was living in a senior center in Osage, Iowa where 47 of the 48 residents tested positive for the coronavirus two weeks ago. She was 84 and a person, once you met her, you would not forget. Some would call her "feisty".  I know that because that is what her daughter said yesterday when I made the phone call. The family is well known there having started Larson's Hardware way back in 1979. The store is still in the family.  When I spoke to Audra, Altjie's daughter, she said, "Mom could not stand this president and was so happy when she learned that her grand-daughter had joined the Biden Team here in Iowa."

It didn't have to be this way and one wonders how many more family members will be missing from the Thanksgiving Dinner...  What the hell is the matter with you Iowa?