It's the week of Christmas and may those of you celebrating have a meaningful event. Welcome to Sunday Morning Coffee my weekly look

at the political (and sometimes religious) news stories out there and offer my own, usually acerbic, commentary. Hey, it's what I get to do long before the sun comes up.  Let's go!

Last week, in the first official word from the U.S. Government Secretary of State Mike Pompeo put the blame of the massive security breach squarely on Russian hackers and orchestrated by that government.

Then along comes "45" and says, nope..."China!". In a classic move the president, who prefers Twitter to actually having a policy wrote:  “The Cyber Hack is far greater in the Fake News Media than in actuality. I have been fully briefed and everything is well under control,”. He also claimed the media are “petrified” of “discussing the possibility that it may be China (it may!).” Expect Mike to be packing his bags and joining the massively incompetent Attorney General William Barr as the revolving door continues to spin. (Image - Financial Times)

If we can believe what we are hearing from the U.S Senate it looks like we're on track for an agreement on yet another stimulus roll out. As of this morning the final stamp is being put on a $900 billion package that will include an additional $300 in weekly unemployment benefits, funding for schools, small businesses, health care workers and another round of stimulus checks. Out of the deal is money for state and local governments and liability protections for businesses and other entities operating during the pandemic. In celebration I bring you the 1973 hit by the O'Jays. You are welcome and TURN IT UP! (And, I promise it will be an ear-worm for you all day.)

What may have moved the ball is that last week the U.S. added yet another 885,000 new requests for unemployment benefits. That is up by 23,000 over the prior week and a clear sign that the economy is in rough shape.  Money in the hands of people who will actually spend it, rather than buy stock, moves the economy forward. It ain't that hard to figure out.

Careful What You Name It 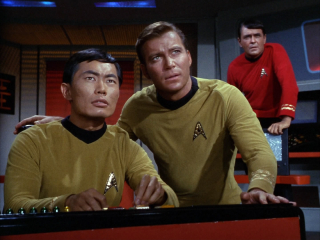 It looks like "Operation Warp Speed" hit a speed bump. Seems that states are getting a fraction of the number of Pfizer vaccine vials they were first promised. There was lots of finger pointing going on including Gov. Gretchen Whitmer (D-MI) who has a Pfizer production plant in her backyard but was shorted about 40% of what was promised. After several days of "Whack-a-Mole" we learned, on Saturday, that, well, we goofed.  General Gustave Perna, chief operating officer of Operation Warp Speed, apologized for a "planning error" that caused dozens of states to expect more vaccine doses than they'll actually get. He took full blame and said he is fixing it. Meanwhile the Moderna vaccine has been approved by the FDA and it, unlike the Pfizer model, can be shipped and stored at temperatures much less than the -75 degrees celsius...which should be much better news for rural areas of the country.

Careful What You Name It II

Just so you feel better Vice President Mike Pence last week rolled out the answer to a question that nobody has been asking. We now know that the couple of dozen people who are the United States Space Force will be called "Guardians". Isn't that nice and don't you feel so much more, well, protected?  For the record, you might wonder what the duty of the Guardians might be so, here you go: "Provide freedom of operation for the United States in, from, and to space. Provide prompt and sustained space operations." Sort of like NASA and the Air Force but hey...we needed more drama in 2020.

In case you had not heard "45" is headed back to Georgia to help the two crooks running for re-election there. Birds of a feather I suspect. If it's like the last time he will give the candidates a couple of minutes to state their case and then rail against the election, the media other members of the GOP...you know the drill. 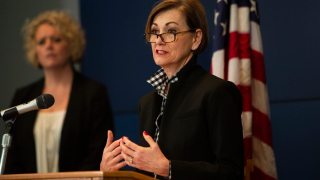 Not to scare the hell out of you but in talking with several folks this past week, who are connected Democrats, I'm being told that Iowa will remain firmly in the GOP fold for decades to come. The conversation centered on the miserable job Gov. Kim Reynolds (R-IA) is doing here. Favorite under the desk deals for cronies, the mishandling of the COVID19 response, her continued attack on collective bargaining all get a "I don't care" response from Independents, Republicans and even a few Democrats. "People like her because, just like many of them, she reflects their inability to understand the role of government and voters have been told for decades, in Iowa, that government is bad and we just need to do the right thing as individuals."

While two or three counties in Iowa will remain Democratic strongholds that ain't playin' in the rest of the state. And, when you figure that, even in Polk County, we lost two Democrat seats in the House.  Ouch. "I really don't see any person being able to take on Reynolds and win much less Grassley. Stick a fork in it...or maybe move."  Looks like we might need the Guardians. 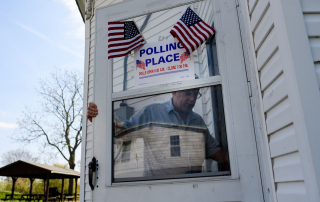 The Democrats are, right now, working on plans and policies aimed at Rural Voters. No, not kidding. We've really got to have a better policy brief other than, "You folks are dumb shits." That never plays well. Here's something that you might not realize. There are, right now 24 counties in Iowa where the majority of folks are living below the federal poverty line of $26,200 for a family of four. Let that sink in. And, if you are counting we don't have that many urban counties so...it's not that we city folk are all causing so much economic pain. Nope the win-win is in a number of economic efforts that we can and should be talking about. Want a quick list:

Hey, just me...spitballing. You are welcome to join the conversation. 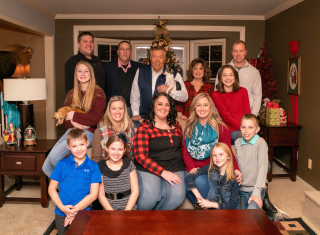 This would have been the weekend when our home would be buzzing with activity. Family and friends would pour in from several states and we would celebrate the holidays with massive food events, tell stories, share some wine (and booze) and catch up on our lives. Not this year. We, like so many other families, have made the decision to avoid the crowded space. The safety of others is, frankly, more important than having a two day party. Will it work? I hope so. You see, now that we're seeing vaccines roll out...our job is to buy time. We do that by staying out of harms way refusing to "roll the dice" and by doing that slow the spread and get the time we need to create a solid holiday gathering in 2022.

Here is wishing you your family health and happiness.  Thanks for reading.