Welcome to yet another year and even more political chaos coming from everywhere. But, let's not let that dampen the mood of a brand

new year, right? Settle in and have a hot cup of Sunday Morning Coffee; politics with a dash of religion and my acerbic commentary.  Let's go:

Sometimes ya just gotta shake your head. Remember when "45" called the wife of Sen. Ted Cruz (R-TX) "ugly" and then, without any proof, linked Raphael Cruz (Ted's Dad) to the assassination of President Kennedy? Now Ted is all in on trying to overturn the election of Joe Biden. Him and another eleven, or so, elected senators who swore to uphold and defend the Constitution. What they are really doing is severe damage to our democracy. It is a stupid display especially when nobody is questioning any other races. "No, Joe Biden stole the election by mine? Oh no, my election was perfect." All of this fuels the millions of "45" loyalists and we'll have hell to pay in the coming years. Watch.

At the end of WWI the victorious Allies extracted a heavy economic toll on the people of Germany. Many historians point to that as being the catalyst for the rise of Adolf Hitler (May his name be blotted out!) and the Second World War. In the end the Allies, once again, were the victors but this time, rather than cause hardship for the citizens of Germany, we rooted out the Nazi leaders, put them on trial and dispatched many of them on the gallows. For years following the war "Nazi Hunting" was carried out in many places and those that were found also met with prison or...death. 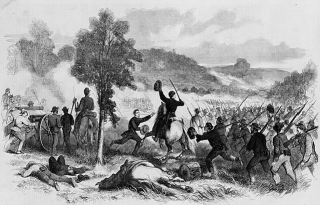 Now consider what this nation did following the Civil War. Rather than hunt down the traitors and dispatch them we went about "binding up the nation's wounds". Hell, years later groups raised hundreds of thousands of dollars to build monuments to honor the traitors responsible for the deaths of 750,000 Americans. Think about that for a bit. We decided not to tamp out our nation's original sin of slavery but watched as southern states enacted laws that continued to oppress the former slaves.

And that bullshit is going on yet today and it is being played out in front of us as state after state work feverously to make it more difficult to vote. It is happening in places like Georgia and even here in Iowa where over 3,000 solders paid with their lives to uphold our democratic values. And now, today, we have these elected officials of the United States of America working in lock-step to disenfranchise the voters of 2020. Shameful...

You know it is coming. You know the most crooked president since Nixon will, one day, be dragged into a state court to face a host of charges. No quarter my friends...none. Lock him up...and if not for being a crook for being responsible for hundreds of thousands of dead Americans and the numbers continue to climb. That too is shameful. 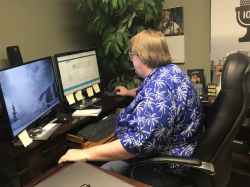 I am sorry. Just not into it today and there is much to do before moving to the Cowboy Room for some football this afternoon.

The Great Patrick Palmer "The Computer Guy" made the trip to Des Moines yesterday to set up some things in my office. What a bright guy and oh, the stories he brings with him.  Thank you my friend.

Have a great Sunday!

Posted at 09:18 AM in Current Affairs, Iowa, Opinion, Politics | Permalink