Welcome to the Sub-Zero Edition of Sunday Morning Coffee where the sun is not yet up and it's -4 degrees Fahrenheit. So, how about

some hot coffee to get you all steamed up?  Let's go!

The Cost of Lying

The lie started well before the 2020 election as the man in the White House told America the election would be rigged. Following the Joe Biden win the lie became the daily drumbeat that has divided the nation and proved the former president simply quit doing the difficult task of...governing. Meanwhile the lie that misled 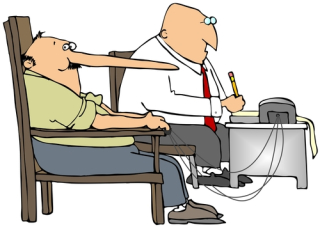 millions of Americans, undermined the faith in our electoral system, sparked a deadly riot has also left you and I with a growing bill. The Washington Post calculates that the government has spent north of $519 million dollars on legal fees due to dozens of baseless lawsuits, protection for poll workers, costly repairs to the Capitol and thousands of National Guard troops still roaming Washington D.C. Thought you might like to know.

Many have claimed that the Republican Party is fractured and has no clear direction. Don't believe it. The GOP is firmly in the grasp of the former president and they continue to worship at his feet. The recent side-show of Rep. Marjorie Taylor-Green (R-GA) the condemnation of Sen. Ben Sasse (R-NE) and the censure of Cindy McCain of Arizona are all proof of that fact. It reminds me of The Godfather and, in a way, it truly is. Meanwhile the GOP isn't taking any chances as Republican controlled state houses have introduced close to 100 bills to make voting more difficult. If they learned anything from 2020 it is that when people are allowed to vote it's not good for their candidates especially in areas that have large numbers of non-white voters.

There is little doubt how the U.S. Senate will vote when it comes to the second trial of for former president. The only question is, how long will it take?  The trial is set to begin on Tuesday and there is no chance that two-thirds of the Senate will vote to convict. However, what will be on display will be a recounting of the incitement that led to destruction and murder.  The impeachment managers will lay bare the facts that should, under normal conditions, be a slam dunk for impeachment. However, rather than drag the trial on I suspect it will be done in less than a week. But...get the popcorn ready.  One interesting note, the attorney for the former president has requested the trial be paused from Friday evening until Saturday evening so that he may honor Shabbat. Well, at least he has that going for him.

A recent Gallup Poll shows that President Biden enjoys a 61% approval rating. While some of that may be due to the traditional "honeymoon bump" we haven't seen a number like that for years. One reason I believe is that, rather than "rage tweeting" in the middle of the night, President Biden is known to leave the White House living quarters to visit with the overnight staff.  Just poking his head in to ask about family and offer his gratitude for their efforts.

Meanwhile the White House is pitching the $1.9 trillion American Rescue Plan to...get this...Americans. The president has re-launched the weekly presidential address but it's not a stiff and formal event and it's been re-branded as "A Weekly Conversation". It's Joe calling regular folks who are hurting because of the pandemic and promising to help make their lives whole once again.  Here is the call from yesterday:

In case you are wondering the four minute call to Michele Voelkert, who lost her job due to COVID19  and wrote to President Biden, was tapped by her husband and then sent to the White House.  Jen Psaki, the White House Press Secretary (Who, by the way, is no stranger to Iowa), says this will become a regular event each week. Watch for it. 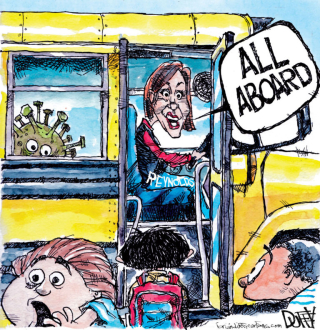 It's over. The long hard winter of COVID19 has left the Hawkeye State and we are free. Or, so Gov. Kim Reynolds (R-IA) would have you believe. Late Friday afternoon the governor proclaimed that Iowans could return to "normal" in bars and restaurants without masks and zero restrictions on capacity. That decision was met with an avalanche of head-scratching from everybody with an ounce of scientific sense. And it played to national news as Forbes noted last night that #CovidKim was trending on Social Media. Upcoming events such as the Iowa Deer Classic that will draw thousands to Des Moines no longer has to be bothered by masks, or hand washing or social distancing. The Iowa Restaurant Association is giddy over the decision as it's executive director Jessica Dunker said to the Des Moines Register that the new order comes just in time and, "...may well give us the lift we need to be able to see this thing to the other side." She went on to say,  "Quite frankly, it allows us to go back to doing business at a really critical time. We are … one day before the Super Bowl, which opens up a lot of businesses for crowds to come in and safely watch the big game."  (Image: Brian Duffy)

Oh, but wait just a minute. Mayor Frank Cownie of Des Moines said in a release late yesterday that nope the mask mandate is still in place within the city. As the Des Moines Register reports:

"Cownie's mask mandate requires all people in Des Moines to wear face coverings such as cloth masks, surgical masks, plastic shields or other protections that cover the nose and mouth when in a public place and where social distancing is not possible.

This includes restaurants and bars when not seated at a table, fitness centers, retail stores, public transportation or private car services, and other businesses."

Memo to #CovidKim:  Same story in Iowa City.  Your move.

All of this at a time when Iowa can't get it's act together when it comes to vaccines and the death toll is now above 5,100. The state is ranked dead last in its vaccination response, 12th in hospitalizations and 49th in the death rate. (I'll have that interview this week on the Business News Hour with the annalists from Wallet Hub.) Here is that story if you want to read.

It's awful what is being done here...awful. 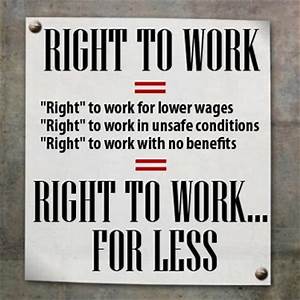 If you know me you know I support workers right to join and pay for union activities. And if you are a Methodist, Catholic, Jew or Southern Baptist your "discipline" also supports unionization. Doubt me?  Look it up and yes, I've written about this in the past.

However, based on the responses I've received on my personal Facebook Page many of you don't know about where "Right to Work" came from and it's racist and anti-sematic origins:  It seems that one Vance Muse a wealthy conservative from Texas spawned the idea in the 1940's to (get this) combat the idea that, "From now on, white women and white men will be forced into organizations with black African apes whom they will have to call 'brother' or lose their jobs."  And, that is just one quote from the founder of The Christian American Association as he and they railed against workers, Jews, African Americans and others.  It's quite a story.

In other words Right to Work is simply a vestige of the Jim Crow South which has now invaded 26 states...including, sadly, Iowa.
It's Black History Month...and I thought you might like to know.
Oh, and this week some 9,000 workers at an Amazon Fulfillment Center in Alabama are voting on joining a union. I truly hope it is successful.
Partly Personal
Doing chores here at the Animal Farm takes a bit of time each morning. Reminds me of my days on the real farm but their are fewer critters and they are smaller.  Point is that all this week we're going to see below zero temps. Please, please bring your critters inside or make sure they have a safe place to get out of the cold.  At these temps it doesn't take long for them to freeze up. From blanketing your horses to coats for your dogs.  Just do it...
Thanks for reading and have a wonderful Sunday.  Oh yeah...there is that football game later.