Grab a cup of Sunday Morning Coffee brewed up fresh each week as I share the political stories you may have seen, or missed, all laced

with my commentary. You are welcome let the games begin!

Last week I was reading a story about how frustrated the Republicans are because they can't seem to find the right message that will get Americans to loath President Joe Biden.  "Nothing sticks", said one prominent GOP senator. "I don't think sometimes our messaging is as sharp as it should be because a lot of 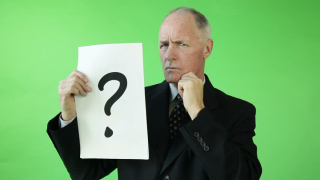 America has "moved on" while you in the Republican Party have nothing but..."No!". 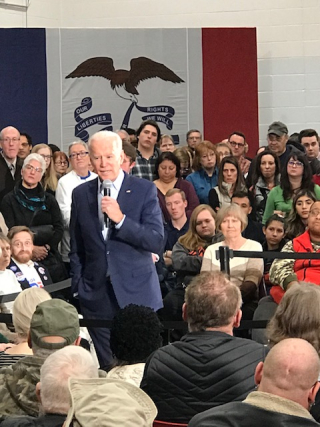 Last week CNBC reported that Joe Biden begins his presidency having achieved out of the gate what his predecessor could only do once during his four years: a positive approval rating.

The CNBC All-America Economic Survey finds that 47% of the public approves of Biden's handling of the presidency, with 41% disapproving. A substantial 12% say they are not sure. (Wouldn't you love to meet one of those folks? "Gosh the economy is booming, people are going back to work, there is a functioning government with able people in charge. I just ain't sure about that...") Weary.

The former president managed to get above the breakeven level just once in the survey, in March 2020.

The big news out of Mar-a-Lago last week was that "45" is starting to trim down a bit. Perhaps passing on the fourth or fifth cheeseburger and opting for celery?  This does not bode well for folks like Sen. Ted Cruz (R-TX) or Sen. Josh Hawley (R-MO) who see themselves as the contender to take on President Biden in 2024. The report is that "45" is eyeing his return to the campaign on behalf of himself.  It's gonna be hard to out crazy...crazy especially if he is the new "slim and trim" nut case.  Right? 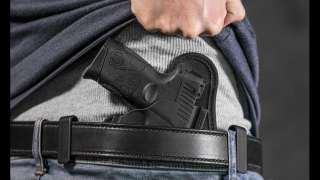 Meanwhile in Texas legislators there have passed a bill that does not require a permit to get a gun. It's the same measure that failed to pass the Texas House in 2015 and in 2017 but the wacky gun lobby has won a big victory and the bill now goes to the Texas Senate. And, yes even some Democrats (seven) voted for the "constitutional carry" bill.

They are a bit behind Iowa where a similar bill was signed into law. Never mind that people are killing people in astonishing numbers. Hell, it's easier to "git a gun" than it is to...vote. More on that below. My brother is highly skilled in firearms. In fact his training exceeds that of even the Marines. He has a permit to carry and does especially now that so many nut cases have permission to run around armed. Just what we need Gov. Reynolds (R-IA). Of course my brother is white and so is about 96% of Iowa so...nothing to fear.

Eight people were gunned down there last week. Eight people, with families, shot to death by a white guy with, what I understand, was not one but TWO "assault rifles". The 19 year-old hate monger purchased them legally last summer even after the Indianapolis police and the FBI issued warnings about his mental health.  They even made a home visit and confiscating a shotgun when his mother called police to say her son had "suicidal tendencies".  Failure is, it seems, an option when it comes to protecting the lives of Americans. Among the dead are four members of the Sikh faith. People who fled India because of persecutions there only to be murdered. It should be noted that, according to news sources, 70% of the employees at the FedEx establishment where the murders took place are Sikh. 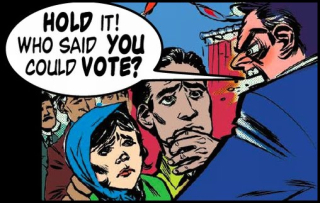 I was on a call last week listening to State Senator Sarah Trone-Garriott (D-Windsor Heights) talk about stuff going on with the Iowa legislature. Of particular importance, to me and many others, is the new law that restricts voting in Iowa. Perhaps you didn't know that that bill just "showed up" in the Iowa Senate and was passed by both chambers and on the governor's desk in a scant seven days. That's what happens when one party controls the legislature and Terrace Hill. It's an awful law that, sadly, many Iowans know nothing about mostly because they don't care or they figure the "Big Lie" is accurate. "Oh my! We must make sure voting is safe and secure so let's make it harder to vote!"  So I had to ask my senator what was the rational for the bill and the, now, new law. "They really didn't have much to say about that." So, there you have it. No rational just in search of a cure to a problem that does not exist.  Well, it does, only in the minds of those who believe the "Big Lie". Weary...

Thank you for the many warm wishes. I celebrated a birthday last Sunday and it was a good day.  Thanks for the kind words...even from 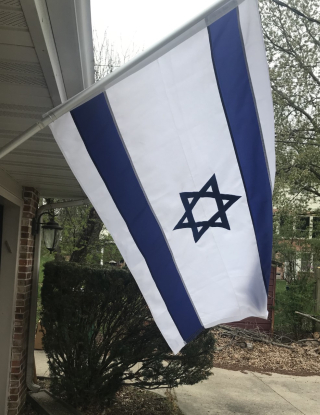 those who are not, often, too kind.

Last week was also Yom Ha' Atzmaut or Independence Day for the State of Israel.  As is my new custom the U.S. flag that flies in front of our home (correctly by the way with a light on it for after dark) is replaced the the Israeli flag on Jewish holidays.  Just a heads up for my neighbors who are, often, confused as to what day it is and why that flag is flying. Israel is now 73 years young.

Finally, I received my second dose of COVID19 vaccine last week. In the runup to the event I had been on the phone with dozens and dozens of my friends and co-workers who had already been "jabbed" twice. The vast majority reported very little when it came to side affects.  There were a couple who reported fatigue, which is what my Bride experienced after her second dose. And, to be honest, there were a couple of people who said they spent the day after their second shot in bed with headache and a bit of a fever.  So, I was expecting...well, I didn't quite know...but I was a bit anxious.  Turns out...nothing. My arm was a bit sore for a couple of hours and I was a little tired the next day but powered through with my work.  Now, maybe, I'll soon be able to hug my grandchildren and go out to dinner with my Bride to celebrate our anniversary.  Perhaps...