Today is a very special day...for a couple of reasons. First it is the day before Income Tax Day 2021. Makes you feel warm all over. 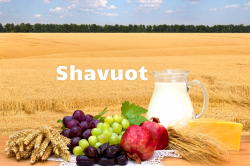 Secondly, for us Jews, it is the 49th day since Passover and tonight, at sundown begins the Festival of Shavuot. Important for several reasons:

In the Bible the holiday is known as "the harvest festival". It commemorates the end of the grain harvest, which began with barley during Passover and ends with wheat at the time of Shavuot. So, there is that. 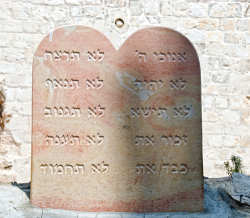 the verse, “You shall observe the Feast of Weeks, of the first fruits of wheat harvest…” Exodus 34:22.

The it is called “weeks” is because we are commanded to count seven days of seven weeks from the second day of Passover, and to celebrate the fiftieth day as a holiday. (Lev. 23:15). The also explains why the English name for this holiday is Pentecost, which means fiftieth in Greek.

Now let's really get to the "Reason for the Season". The most significant aspect of the holiday of Shavuot is that, according to Jewish tradition, this is when the Almighty gave the Torah to the Jewish nation. This was the day that Moses ascended Mount Sinai and received the Ten Commandments.  And, that is a big deal.

See what you learn here. 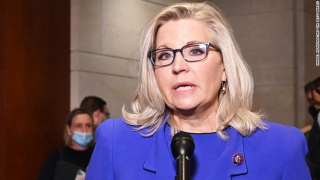 But you didn't come to Sunday Morning Coffee for a lesson on religion. You came for the politics, the opinion the grit. I get it. Nothing makes the blood boil like politics in this age.  So, let's start with what is real. The 45th President of the United States is firmly in control of the Republican Party. Full stop. The cowards in the GOP refuse to accept reality that the guy lost and they are scared to death of him so they boot Rep. Liz Cheney (R-WY) and replace her with a loyalist. I'm no fan of Cheney or her politics but what the Republicans have done is to magnify her voice. She will not be silent and she will continue to "out" the crazy that has taken over her party. (Image: CNN)

But, we've seen this before. Those that dared to speak against the wacky German corporal in the 1930's were also removed. The hold "45" has on this party is exactly like what we've seen when other despots are elevated and admired... 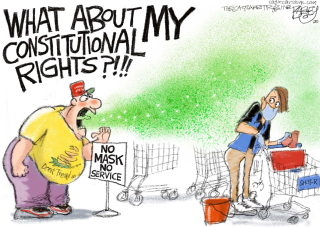 Mask On, Mask Off

I get it you want your freedom. Many of you have had your freedom for months and have been flaunting the pandemic protocols risking the lives of the people you contact. So, now nobody has to wear a mask and "social distancing" is but a memory...for those who are fully vaccinated. However (and this is a big deal) those who refuse to get a vaccination can now run around and potentially spread the plague. How do we know who we can interact with? Do we take your word? Do we demand to see your card? What about kids in families who are not going to get a vaccination?  Do they spread it to others of like mind?

I'm keeping my mask.  Of course if I wear it people will think that I'm not vaccinated...so there is that. Weary. (Image - Times Union)

Well now...the Party of Family Values may be about to take a hit. Seems that this Joel Greenberg guy, the  GOP tax collector from Florida, has pled guilty to six federal crimes and prosecutors have made a deal to put aside the other 27 charges if Greenberg tells the truth and rats out he buddies who were, it is alleged, passing around a 17 year-old girl for sex. Of high interest is Rep. Matt Gaetz (R-FL) and how deep that story goes.

Of course there are others out there who are very worried...and should be. 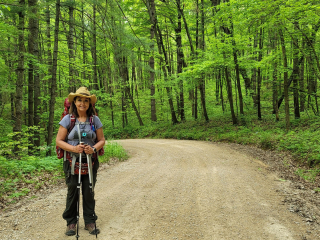 I'm out.  My Bride is out back-packing with a friend near Harpers Ferry in Northeast Iowa. She says it is "fun" and has asked, several times, if I would like to go.  If I had...my weekend would have been at the local bed and breakfast.  But I admire her for her sense of adventure. Are there bears...there? But, it does look...GREEN!

We very well may have had our last Virtual Midrash (study) session with my congregation Adas Israel in Mason City. We, on Saturday, set aside a weekend in June for in-person services there. Of course we'll continue to take precautions as many members have some sort of underlying condition so, we've got to be careful.  It will be nice to go back. We've not been in the shul since March of 2020 with the exception of examining the Torah Scrolls several months ago.  Which, was a great adventure...

Have a wonderful Sunday.  Thanks for reading!