Politics and Opinion...welcome back to Sunday Morning Coffee my look at the stories you've seen or, perhaps, missed. All laced with my

commentary. Hey, it's what I get to do on Sunday Morning...thanks for reading.

The Day It Dies

I just read an opinion piece about January 6, 2025. The writers, in USA Today, suggest that is the date when the "American Experiment in Democracy" will die. While no one could predict exactly what would happen on December 7, 1941 or September 11, 2001 we can, with almost clear certainty, predict that 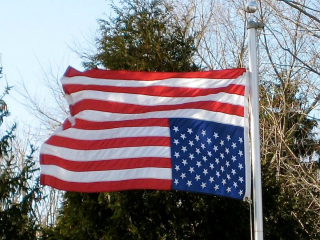 unless Democrats get off their ass and win in 2022 and 2024 we're done. You see, on January 6, 2025 congress will gather to count and certify the electoral votes and if the House is controlled by Republicans and a Democrat is elected as president you can be assured that, the current slate of House Members, would block the vote, invalidate the Electoral College and put the selection of the president into the hands of the House of Representatives where Speaker Kevin McCarthy (R-CA) and his gang of insurrectionists will install their preferred candidate. (Image: KCRG)

You think that is just hype? Look at what they have already done. They continue to parrot the "Big Lie", they support the crazy "audit" in Arizona, they boot Rep. Liz Cheney (R-WY) from leadership and install a lover of "45" in her place. The GOP is so firmly in the grasp of for former president and the evil he delivered to this nation that they will stop at nothing...even destroying our democracy. Chew on that and if you want to read the entire article here you go.

It means "without day" in Latin. And it's really, really popular among Iowa Legislators. I saw it in a number of their posts this past week. 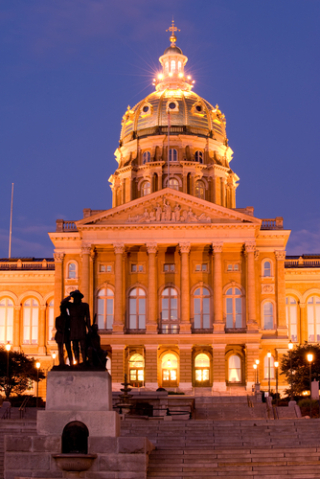 Bill after bill after bill ripping away "local control" of schools boards, cities and counties were signed into law. Voting rights were stripped away. Tax dollars for public education moved to private schools and "charter schools" that have zero oversight. Passing a law to prohibit masking during a pandemic. A number of tax cuts that now will be used to tell Iowans that we "can't afford to work on your behalf".

They passed a bill saying government and businesses can not issue "vaccine passports" and even condemned businesses from asking about vaccination. Even during a pandemic.

Yes, there was a bill that approved a million dollars for broadband and there was an increase in tax credits for affordable housing. But we didn't get anything to help families deal with a lack of child care or keep us safe from police over-reach.

Meanwhile the Iowa Secretary of State removed thousands of people from the voting rolls which, sadly, impacted Democrats more than Republicans...but that was the goal.

I could go on and on...and on.  However now the future rests with you. Change can happen if we do the work.  If we are not successful this fall in city and school board elections. If we fail to elect more Democrats in 2022 Iowa is...cooked.

I've Got Mine, Screw You!

That's the way it is. So many of you have this figured out. "I've worked and saved and made sacrifices to get where I am at. For those who are scraping by...screw you.  I've got mine."

Never mind that many of you went to church this morning (fewer buy the way than at any time in our history) and committed yourself to the teachings of Paul and what he said a young Jewish rabbi stood for. Cherry pick what you want to follow and do.  It is astounding but comes as no surprise.  Greed is so very powerful. 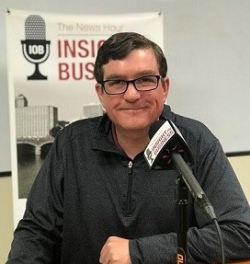 This is late.  I slept in this morning. I'm sorry. The list my bride has for me continues to grow and me, sitting here striking my keyboard, ain't getting stuff done.

BTW if you are interested in working families, unions, wages, benefits and more. Check out this piece which airs later today on News/Talk 1540 KXEL. It features Charlie Wishman the president of the Iowa Federation of Labor AFL/CIO. We talk about a bunch of stuff that you might find interesting.  But...if you've already "got yours" feel free to give it a pass.

One other thing for my Christian and Jewish Friends...you might want to check to see what your discipline has to say about unions and worker rights. No, really. It will surprise you greatly. Consider it homework.

Thanks for reading and have a good Sunday.