Welcome back to Sunday Morning Coffee a thoughts and opinion piece I've written for years.  The stories you've seen or, perhaps, missed

all laced with my commentary. It's what I get to do.

The circus continues as the "My Pillow Guy", Mike Lindell and conspiracy theory lawyer Sidney Powell had their day in court last week. It's part of the one-billion dollar defamation suit brought against them and former NYC Mayor Rudy Giuliani  by Dominion Voting Systems. The three are accused of spreading tales that the machines were a design created by former Venezuelan  dictator Hugo Chavez and flipped votes from "45" to President Biden. That is was all a huge conspiracy. Rudy didn't go (He, no doubt, was licking his wounds for having his New York attorney license revoked.) but Lindell and Powell argued that what they said is true and the case should be tossed out.

In November we'll celebrate the one year anniversary of the election of Joe Biden and we're still talking about this silliness?  Weary. (Photo: Chicago Tribune)

Oh, but wait!  I hear the Dickenson County GOP has as their headliner for a fund-raiser the one and only Sidney Powell.  Isn't that special? 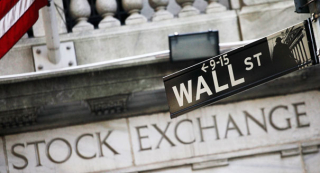 President Biden exited the White House with lawmakers last week to announce a deal had been struck for the trillion dollar infrastructure bill to pass the U.S. Senate. What happened on Wall Street?  The markets celebrated. Wait! I thought the rich folks would balk at the deal because it means higher taxes? Oh but there is, tucked into the language of the deal, an opportunity for private businesses to get a piece of the action and not buy building roads and bridges but by owning a bit of the action.  Folks on the left are worried this will mean if you want to cross the river you'll have to pay a toll to some venture capitalist group and not the state.  Stay tuned.

The former president, who speaks more like a mob boss, was in Ohio last night repeating his lies and taking swipes at everybody under the sun...but praising himself. It was the same old crap we have heard so many times in the past. We even got to hear chants of "Lock her up!" referring to Hillary Clinton. Really, is that all you've got? It was quite a show as "45" was in town to back a GOP congressional candidate in a Republican primary. The sitting congressman voted to impeach "45" so the mob boss comes out swinging. What a total disgrace to the presidency.  But, the good news? He may be returning to the campaign. Wouldn't it be great to beat his ass again? 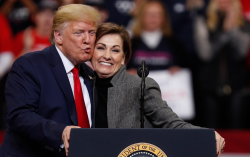 It wasn't that long ago that the governor of Iowa, Kim Reynolds (R-IA) said the kids at the U.S. Mexico border were not something she was interested in. "It's not our problem.", said the governor and tool of the former president. But all of that changed last week as she seeks to score political points with the base she shares with "45".  She, "...at the request of Texas and Arizona" has sent state troopers to the border to "help with the situation there". What a joke but, hey we've got all kinds of cash in the bank because we're not spending any on education, health care, child care....you know the story.  My gosh people...this woman has got to go. (Photo: The Nation)

Ruby red to be exact...if we are to believe the Iowa Poll that has been dribbling out results all week. It seems the majority of you love Sen. Jodi Ernst (R-IA). Well, if you are a man or somebody that lives in a rural part of the state. Why?  Not sure but guessing you guys think she is cute and the rest of you don't understand a thing about policy...or lack of it. Same can be said for the current governor. She gets high marks for making Iowa more like Alabama every day.  Isn't that...special? 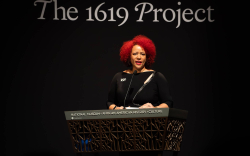 Gotta love white people...or maybe not so much. So many are getting their panties in a knot because black folks, and their allies, want to talk about the truth behind the Original Sin of America. So, they are running for school boards and packing school board meetings and passing laws (thank you Iowa!) to "defund education" in case somebody spills the beans. No matter the fact that no public school teaches CRT.  Meanwhile I had to explain to my granddaughter why there is a whole month devoted to Black American education and experience. I think she is starting to catch on. (Photo: New York Times)

Last week my brother wrote me about this issue and I thought it was so profound.  The issue came up when we were discussion the theory that once somebody "get theirs" they then fail to care about others. The "I've Got Mine Syndrome". Check this...

When Noah came out of the ark, he opened his eyes and saw the whole world completely destroyed. Noah began crying for the world and said, “Master of the World! If you destroyed Your world because of human sins or human fools, then why did you create them? One or the other You should do: either do not create the human being, or do not destroy the world!…”

The Blessed Holy One answered Noah, “Foolish shepherd! I lingered with you before the Flood and spoke to you at length so that you would ask mercy for the world! But as soon as you heard that you would be safe in the ark, the evil of the world did not touch your heart. You built the ark and saved yourself. Now that the world has been destroyed you open your mouth to utter questions and pleas.” Zohar (M’oray Ha’aish Parshat Noach)
Partly Personal 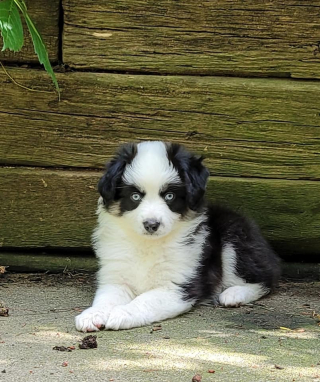 It was pretty amazing. I was last in front of my Mason City congregation in March of 2020. This past Sabbath I went back and it was rather emotional to be back in the synagogue. Services were special, new people came and our Midrash (Study Session) on Shabbat (Saturday) went much longer than usual. It was great to be back...
The that did take me out of circulation and I was not able to be home to great the newest member of the family..."Camper"!  Yes, a new puppy is here. She is a beauty and my Bride has plans to train her so she can take her...you guessed it...camping. Of course Yofi isn't too sure this is a good idea...but we think she will come around. We're becoming quite the multi-cultural family as this little Aussie will no doubt add to the experience.
Thanks for reading and have a great Sunday!