I know, you're wondering what happened to the morning edition of Sunday Morning Coffee. Well, I decided to declarer my independence

from an early morning rise and sit outside with a cup and read the paper. I know, how dare me!  Anyway, that's the story and let's get to it!

What No Paper Towels?

The tragic events of ten days ago at the Surfside Condo has riveted the nation. We now count 24 dead and still 121 people unaccounted for after the collapse of the building. Today efforts there paused so demolition could be planed for the rest of the building. Meanwhile, in stark contrast to what we have witnessed before, President Biden went to Florida and told the people there that he was there to make sure they received everything they need to get 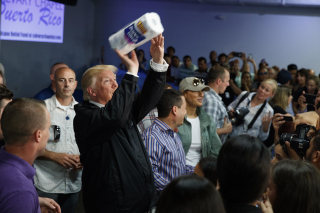 through this.  "Whatever you need. I think I have...no, I know I have the power to make it happen. Just tell me what you need."  Gov. Ron DeSantis (R-FL), fierce critic of the president, looked shaken as he sat next to Biden who then touched DeSantis' arm and said, "No, really, whatever you need."

So refreshing to see empathy from our leadership.

It's happening and we were warned. A number of states are seeing increasing numbers of hospitalizations and deaths due to the more highly contagious Delta Variant that is sweeping through states with low vaccination numbers. And, where are they? In mostly GOP states that rushed to "normalize their economy" ahead of getting the majority of people vaccinated. And, here we are at the 4th of July which, mark my word, will become a national super-spreader event. Good luck.

Yesterday was "Parade Day' in the communities of Waukee, West Des Moines, Windsor Heights and Urbandale. Back in 2019 I was involved in several of those events on behalf of my friend former congressman Joe Sestak (D-PA) who waged what was nearly a one-man attempt to win the democratic nomination. I came to admire him and his family.

This year I drove a truck in the Windsor Heights Parade. Next to me was a friend who lives in a senior community here. She told me that a husband and wife who lived in her community and were both fully vaccinated in March had just been hospitalized with the Delta Variant. She died four days ago and he is on a ventilator.  I should have asked about pre-existing conditions but I didn't. The message here is that we're not done with this yet. Social distancing, masks indoors and getting a vaccination matter. 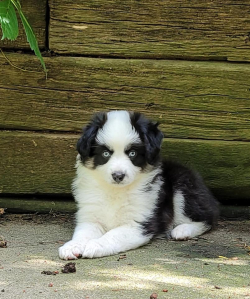 OK...I'm tired. My bride recently got a new puppy and I took two days on the couch while "Camper" was dealing with separation anxiety. Another reason Sunday Morning Coffee is late.  She (Camper) is doing better and we may be able to retire to the bedroom this evening.  Stay tuned.

Finally a huge shout out to my friends who make up the Polk County Democrats. After being humiliated at several other parade events because of their low numbers the Polk County GOP decided they would encourage their followers to

"show up" at the parades and beat back the Democrats. Well, so much for that. Yesterday, for example, in Windsor Heights (Where just four years ago maybe five of us would show up marching with a banner.) we had dozens of Democrats show up including Congresswoman Cindy Axne and her family. We had a great time and it was wonderful to see such a turnout. There were more of us...just off to the right. We couldn't fit them all in.  Thank you Sean Bagniewski, Polk County Democratic Chair, for your help.  And to each of the candidates and their supporters. It was quite the site in our little community!

At the end of the parade, and after depositing several people back to their vehicles at the start of the event, I was left with two teenage girls to lift Daisy off of the float and get everything back in 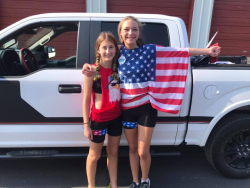 the storage garage we've got. Uhm...could we do it without another accident which, back in 2019, resulted in Daisy having a broken leg and missing an ear?  Success! Sabrina and Jovie were major helpers and...Daisy isn't light. So a really good day all around.

Then it was off to the 4th of July Event at Colby Park where The Faculty Lounge Band had folks dancing.  My Bride is the person who organizes the bands, food trucks, etc. and it all came off without a hitch.  Nice job Georgie!

That's a wrap...I know...short.  But it is Independence Day!  Thanks for reading!