Welcome to Sunday Morning Coffee and to a brand new month. If it doesn't "feel" like a new month it's no doubt because we're fighting

the same stuff we did two months ago, six months ago...last year. But read on there is plenty of politics and opinion just ahead. 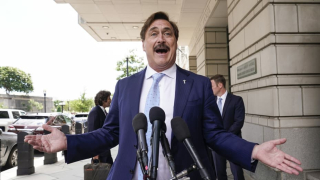 Meanwhile we're still fighting about voting. It was last summer the former president said that if he loses the voting system is "rigged" and "dishonest" setting the stage for what was to follow. Fast forward to this past week and he's still saying that and the My Pillow Guy is planning to "prove it" in a syndicated TV event starting on August 12th. And he is predicting that, "because of this revelation President Biden and Vice President Harris will resign on August 13th." Ok.... Meanwhile Mike Lindell pulled all of his My Pillow ads off Fox News. Why? Hell, even they wouldn't run ads promoting the event.  (Photo: CNBC)

Remember when every week last year was "Infrastructure Week". We're there again. Oh, and 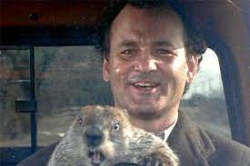 let me echo Dr. Dr. William Barber II who said last week voting rights should take precedence over infrastructure. "If we can not allow people their constitutional right to vote than all the infrastructure in the nation will not matter because millions are shut out of the process."

Last week we learned that the Justice Department told the Treasury Department that it "must" turn over former president #45's tax returns to the House Ways and Means Committee, which first requested them more than two years ago. Why and what's the big deal? Let us turn to the U.S. House Panel that made the request and said the tax returns could, "...reveal hidden business entanglements raising tax law and other issues, including conflicts of interest, affecting proper execution of the former President's responsibilities." So, there is that. By the way didn't we just learn that a close associate to the former president was actually a paid foreign agent for another country?  Nah...nothing to see here, move along now. 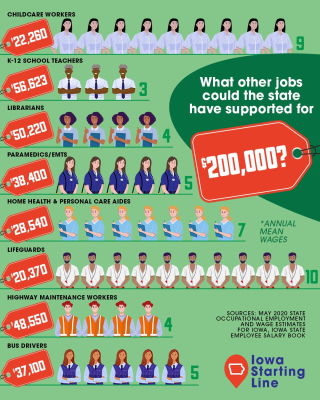 There seems to be some question as to exactly how much it cost you Iowa taxpayers to have sent Iowa State Troopers to Texas last month. Public Safety Commissioner Stephan Baynes estimated expenditure to cost about $300,000. Of that, he said $100,000 was
regular salary cost, another $150,000 was for overtime costs, and the remainder covered other expenses. The move was all about optics as Gov. Kim Reynolds (R-IA) continues to take moves out of the play books of Gov. Greg Abbott (R-TX). Think not? Last week she also parroted the Abbot line that COVID19 cases in are going up because of infected aliens coming into the state. Look for her to start fortifying the border with National Guard troops especially if people are coming here from Missouri. More on that later.

It's August and I know you have your little heart set on funnel cakes and corn dogs. Right? Just think of it...you and a million other folks
crowding around the Big Boar just to check out the size of his testicles. I get it. I love the fair and Stockman's and the Cattle Barn. No

really. Some of my best memories come from there.  I was asked last week if I was going and said, "Nope. There is no way I'm going to go and put myself in front all those folks."  While Fair CEO Gary Slater says it is a "Celebration of Iowa" I am reminded that Gary is from Missouri and the nation has a pretty good idea of what folks there think about COVID and vaccines. (Hint: "The virus is fake and I don't know what's in that vaccine so it ain't goin' in my body!)

And another thing: There are reports that the Iowa State Fair will have metal detectors at the entrances. I suspect it's because they want to confiscate pocket knives? (If so they'll have quite a haul.) No, the reason is...guns. Which does not make a lick of sense because in Iowa you can carry now without a license. And, aren't those gun shows held at the fairgrounds anyway? Finally I ain't going because I was really looking forward to taking my bazooka. Have fun.

My bride is off camping...again. I'm really glad she loves to do this stuff as it allows me to do my part to save the electrical grid. You see when she is home you can hang meat in our house. Before she left I was wearing two jackets and sweat pants. It sort of feels like the beer cooler at HyVee. (Not that I would know anything about....that!)

Then one of my granddaughters was off on RAGBRAI last week with about 28,000 of her closest friends. Now I get to wait another two weeks until I see her in person. I know you folks think it's nuts to be this concerned about the pandemic...but I also actually pay attention to the news...both sides.  And, yes, I've gone back to mask wearing in public. I sorta like it...that way I don't have to smile at other folk.

Gotta go...I figure I've got about six hours to get some other stuff done before the camper returns.