I think today is the final day for the 2020 Olympics. "I think" because I've not seen a minute of the games this year. Not to say I don't

enjoy sport and I do get the news highlights.  Looks like I'm not alone. Last Sunday’s NBC audience of 13 million was down 51% from the 26.7 million who watched the corresponding night in Rio.  It's been that way from the start. Let's move on....

Looks like this is it. 18 members of the GOP Senate voted with Democrats to end debate and more on to a 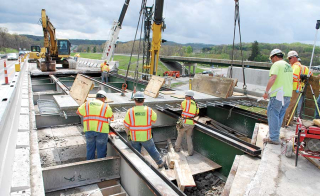 vote. Trouble is there are still some outliers. Sen. Bill Hagerty (R-TN) he is against speeding up the vote because of the dollars this adds to the deficit. He was the U.S. Ambassador to Japan when the 2017 Tax and Jobs Act was passed that cut taxes and added trillions to the deficit. Didn't make a peep.  Can't trust them...not one bit.

Should this roll through, and I think it will, we've got a real chance at building back our country from rural to urban. This will mean great jobs for so many people and just what we need. It's a big deal folks.  Next up: Much needed help for working families. (Image: Engineering News Report)

The U.S. added nearly one million jobs back in July said the Labor Department on Friday. 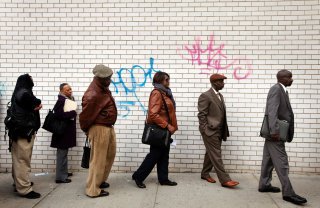 Champaign corks were popping all over. But, there is a but.  Black unemployment numbers are still terrible. Stay with me on this because it matters.

Nearly 250,000 African Americans left the workforce and the total number employed fell by 12,000 - a measure that rose solidly for whites, Hispanics and Asians.

The numbers indicate the drop in the Black unemployment rate was driven not by more people finding jobs, but by a rise in the number of people setting their job searches aside. The share of Black people either working or looking for work, known as the labor force participation rate, also fell 0.8 point last month to 60.8%.

No Shot, No Service 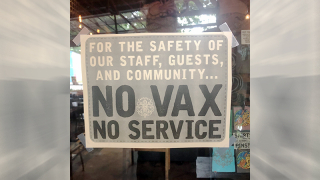 We’ve all seen the signs…No Shoes, No Shirt…No Service.  Well, you can now add something else to that well known sign:  No Shot…No Service.

It’s becoming more popular all across the United States but the question is…how do you “prove” you are vaccinated?

You can carry around one of those flimsy CDC pieces of paper but, what if you lose it or leave it at home?  Here is a quick tip. Take a photo of it with your smart phone and then keep it in your favorite file. That was, if you lose it, you can go back to the clinic or department and request a new one. And, in these early days of providing proof many businesses are accepting the image. But...some may not. There are apps out there one is VaxYes.com and here is the link. Please know that I get nothing for that suggestion...just passing it along. (Image - Atlanta Journal-Constitution)

Last week we lost a giant in the battle for working families and a fair shake at work. Richard Trumka the AFL/CIO President died suddenly of a heart attack while camping with his family. He was 72. Trumka rose through the ranks of the labor movement the "old school" way. He worked and worked to defend organized labor no matter what group. I remember watching him beam in to several Iowa AFL/CIO meetings where he could not attend in person. What happens next? Stay tuned.

School starts soon. Good luck with that as Iowa continues to see higher infection rates of the Delta variant. But, don't expect Gov. Kim Reynolds (R-IA) to adjust her wishes that despite science we should allow school districts to use their best judgement. It ain't gonna happen unless Gov. Greg Abbott (R-TX) tells her to do it. Who, by the way, has a mess on his hands regarding immigration. But it does make one wonder what really goes on at those governor conferences....

On the show Friday we were talking about the Iowa State Fair, something that I truly love, and I was asked if I was going this year. The answer is a clear...nope. Not gonna do it. As much as I would love to hang around the cattle barn and have a beer or three at Stockman's just can't bring myself to mix and mingle that much. Besides the fair is installing metal detectors at the entrances. What about my pocket knife and.... Have a great time sorry to miss out again this year. 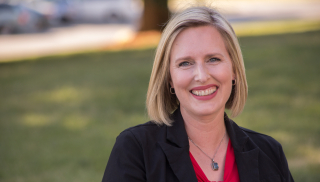 We've got a real shot come September 14. Recently John Landon (R-Ankeny) died in office from what I'm told has been a long battle with cancer. The governor has set September 14 as a special election day for the Ankeny, Iowa seat. And, we've got a great candidate ready to roll. Andrea Phillips who raised all kinds of cash in her 2020 bid is back and she needs all of our help. Doesn't matter where you live you can make calls, knock doors, chip in. We can flip this seat and Andrea is the person to do that. Don't put this off, we've only got a month.  Go now to AndreaForIowa.com and sign up. It's critical my friends.

I have a hand-held Sony voice recorder that has been with me for years. I had a bit of time last week and plugged it in to my computer

and up popped dozens of interviews I'd done going as far back as 2014. Among them was then Vice President Joe Biden as he rode into Des Moines with the Nuns on the Bus. Remember?  What a hoot as he explained why he said yes for making the trip. The clip below is just three minutes long. Enjoy.

Gotta go. I hear my Bride has a long list of projects.

Have a great Sunday and remember...Andrea for Iowa!