Hello...and yes, a bit late today. So much going on these days. Welcome to Sunday Morning Coffee on a rainy October day. Glad you're

here for a bit of news and opinion all wrapped up in this weekly visit.  As always, should you have comments let them fly. Let's go!

While COVID19 infections continue to ravage parts of the U.S. and the U.K. the county of Portugal is giving us a glimpse of what the future might look like if only...we had the guts and willingness to do so.  According to a Wall Street Journal article out today Portugal is giving us some lessons. There close to 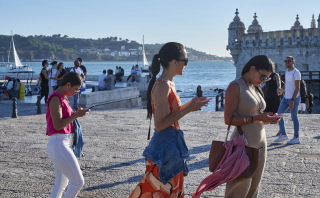 100% of the people over the age of 50 have received at least one vaccine dose. For those between the ages of 25 and 49 it is 95% and from age 12 to 17 the vaccination rate is 88%.  There are 10 million people in Portugal and 98% have had at least one dose.  If you want to read that article I've linked it on my Twitter account or you can click here. (Image: Yahoo News)

On October 1 Portugal ditched most of it's Covid containment rules...but masks are still required on public transportation, folks must show proof of vaccination at large events in this soccer crazed nation, handpumps for disinfectant gel are everywhere. Meanwhile the U.K. has abandoned COVID19 rules and cases and deaths continue to mount. Here in the U.S. doctors are saying that 100% of those who present at emergency rooms are not vaccinated and they are taking up beds that could be used for other serious illnesses and/or accidents.

How absurd and how selfish are we?  Please for others, for the economy for the health of our nation...get your vaccine. In some ways our economy in the U.S. is starting to get back to pre-pandemic times. Yet some states lag. Meanwhile the most important piece of legislation that would have a positive impact on the lives of Americans languishes in the U.S. Senate because the of the awful idea of the filibuster where a minority can rule the majority. And, when it comes to voting...forget about it. It's clear the GOP does not trust you to vote and will do everything in it's power to make it more difficult or impossible...at least for "some people". That the two senators from Iowa disregard the economic future of this state and stand in the way of allowing people full access to the right of voting is unconscionable but...predictable.  Chuck and Joni...fiddle while our state and nation cry out.

While the Iowa Legislature and the Iowa Governor have done their best to restrict voting many of us are fighting back but there are many hurdles. 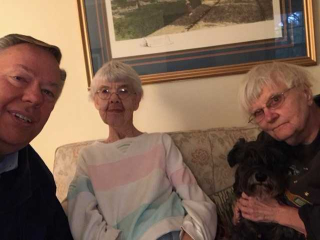 Here is one: I was knocking doors and came across two women who vote regularly but had not gotten a absentee ballot request (ABR). I had some with me and it was just two days before the October 18 deadline to request a ballot. (a GOP suppression move.) One of the women had her state issued ID card. She is 88 and long ago gave up driving. We were able to fill out her ABR but the other woman, who is 94, did not have ID nor could we find her Voter ID card with her number.  I was able to take the complete VBR to the County Auditor and she did get an absentee ballot but my other friend...nope. So, yes, we will make it so she can get out and go vote and I will stand with her and testify that she is who she is... But really people at 94 you have to go through this crap just to...vote?  Shameful.

And you KNOW this story is being repeated over and over again all across this state and others that are in GOP control. 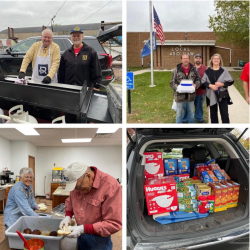 So much to do today so cutting this a bit short.  As you may know the UAW is on strike against John Deere. Workers rejected a contract
that was not in their best interests. For example workers would not see a raise after five years on the job. Really? Meanwhile John Deere is
posting record profits.  Going out on strike isn't easy. Working families don't get a paycheck but life goes on.  That's why many of us have made donations to the cause. The Polk County Democrats have sent over $1,000 in non-perishable food, diapers and other items to the UAW Local 450 Union Hall in Des Moines. They asked for others to chip in and so I delivered about $200 worth of items to the hall and visited with the striking family members.  You can help as well. If it's not food and supplies how about a cash donation...folks still have to pay for heat and lights and rent. If you can...please do.  Here is a LINK for an ACT BLUE account 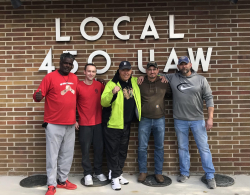 where you can make that donation.

One thing is for sure. The striking workers are doing this for you as well. The reduction in union workers has impacted the middle class in significant ways such as no real increase in wages since the 1970's when adjusted for inflation. That is a direct result of "Right to Work" laws...  But, people are starting to realize that record profits do not translate into higher wages and union participation is seeing a resurgence. Once again, if you can help...please do.  Any help is a BIG HELP.