There's a cold wind blowing...a perfect morning to read a bit of commentary and opinion sure to make you a bit "hot under the collar".

They are still on the picket line and the company has sent its "third and final" offer to the UAW workers who have been out on strike since 14 October. The most recent contact was turned down by 55% of the union members on November 2nd. That's pretty close and I hope they stay out on strike. Want to know why? Because the company is offering squat and the latest offer is worse than you might imagine. 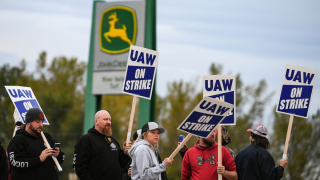 From the Des Moines Register this is the "tweak" offered to the workers: "Under the plan, known internally as CIPP, Deere assigns workers at its factories to teams. The company gives those teams performance targets. If teams hit 115% of their goal, those workers receive a 15% pay increase for the week."

It's called pay for performance I guess. However why not share the wealth Deere?  Make John Deere a place where people really want to work and love it there.  I suspect the folks that run Deere love it there.  Why?  Well, when you lump the compensation of the four top executives at John Deere they make in excess of $31 million dollars. FOUR PEOPLE make in EXCESS of $31 MILLION DOLLARS. (Image: CNN)

The working families could use your support be it non-perishable food or a donation so folks can pay their rent. Here is a LINK for contributions. They will go to the Polk County Democrats and the money will then be given to the folks in the UAW strike. We've nearly hit $5,000 just from Polk County alone.  Thank you!

OK, I know many of you don't get or read the Des Moines Register but the article today should make you sit up a bit. In a match up 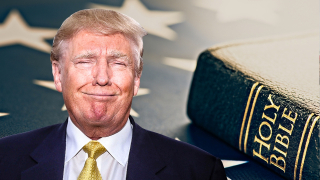 against the guy who screwed up everything...that would be "45"...President Biden would lose that vote in Iowa by 11 points.  Good Old Ruby Red Iowa.

The Iowa Poll suggests that the win for "45" would come from "Independents". The very people Democrats often fail to engage.

But when you run on a lie and your life is a lie and you tell that lie often enough...people believe it.  Take this bit of wisdom from the Des Moines Register article:

"Justin Lindsey, a 36-year-old poll respondent from Sioux City, said he’d vote for Trump in a hypothetical rematch with Biden. He said Trump put in place policies that worked.

“The reason is: He is more of a businessman than a politician,” said Lindsey, a registered Republican who works as a skilled carpenter. “When he got into office, he actually ran the country like a business, and he’s had great success with businesses.”

See what I mean? All of what that guy said is...false. But "45" and his minions repeat the lie so often...folks like poor Justin believe it's gospel.

Welcome to Iowa...where we once had an educational system that was the envy of the nation. 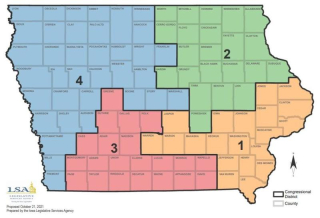 Look, it's no time to "take a break". I know how exhausted many of you are. While we had some great victories in some areas of Polk County and Waterloo we also suffered defeats in places like Johnston and Ankeny. Where the state GOP pushed their candidates hard. We're up against a real fight in the new First Congressional District and we've got our work cut out for us in the Third and Second as well. Later today I'll be in a meeting with other leaders in the Third Congressional District where the goal should be to energize our base as well as do some active outreach to those "Independent" voters.  Lots to do! I was digging through a box in my office and came across several treasures. One of which is this
photo from April of 1983. It was taken during a March of Dimes fund raising event and the radio station I was at was the media sponsor. In the photo (L-R) are some of the folks on the air at 94.5 KKEZ: Cal Bierman, Charlie Chase, Dave Haldin and me. Cal is quite the fashion plate. Those were some heady years as the station dominated in over 20 counties.  Fun times...

I also found a tiny booklet from my congregation Adas Israel up in Mason City. It is the Adas Israel Sisterhood and Hadassah listing and projects from 1969-1970. Reading through those names brought back so many memories. Many are now on our Memorial Boards inside of the shul.

I met a man last week from El Salvador. His name is Miguel...same as mine it would seem. We were chatting about his day and I told him I was grateful he was here in the U.S.  I asked him why he made the move and he told me that a gang in El Salvador had murdered his 16 year-old son because he was dating a girl...and the gang didn't like that.  Imagine that...  Miguel told me they never found his son's body. It was a shocking conversation. 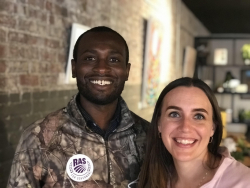 I had the opportunity to sit down for an extended interview with Rep. Ras Smith (D-Waterloo) last week and also met his bride, Amelia.  She is a special education teacher in Waterloo.  Now that is one tough job and thank you!  What a great conversation. I'll be posting that up on the Business News Hour next week.  In case you don't know Ras is running to be the next governor of our state. We covered lots of ground in the 24 minute recording. You might want to listen when it comes out...I'll give you a heads up.