"Hey, what time is it...really?" Welcome to the "Time Change" Edition of Sunday Morning Coffee; politics and opinion with, sometimes, a

dash of religion to keep it real. Confession: I have a thing for clocks and watches so you know what I've been doing this morning. Let's go: 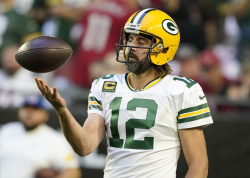 lies about vaccines and testing. The Packers should fire the guy...today. Pay him whatever they owe him and send his butt packing. But they won't. It's all about money and Aaron Rogers is the ticket for more. I was once a fan...no longer. He and the "My Pillow Guy" rank about the same now.  Weary...  Speaking about the "My Pillow Guy" he is hosting a 90+ hour telethon on Black Friday and filing a brief with the Supreme Court to overturn the 2020 election and reinstate "45". Wacko.... (Photo - LA Times)

It passed and now to move forward with the bigger plan. The president says he is "confident" he has the 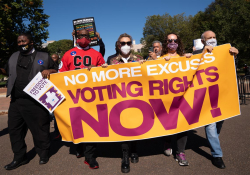 votes. I hope so but the Democrats will find some way to screw this up. It's astounding that one party marches in "lock-step" while the other is such a mess. I guess that's what you get when you have a "big tent" but to turn aside President Biden's agenda is stupid and wrong. This next piece of legislation will be a major game changer for the middle class...if only we get our people in line.  But...what chance is there when we can't even pass a voting rights bill.  By the way...those of you who do NOT support the voting rights bill...wanna tell me why?  I'm interested.

The 13 Republicans who voted, late Friday, for the $1.2 trillion infrastructure bill are facing backlash from 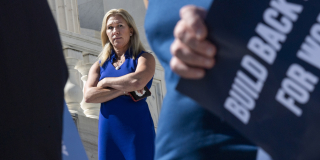 members of their caucus. The tweets were amazing. Here's one from Rep. Marjorie Taylor Greene (R-GA): "..they handed over their voting cards to pass Biden's Communist takeover of America via so-called infrastructure."  Nice huh?  BTW last week she also admitted she was not vaccinated and "...ripped the vaccine Nazis".  Georgia you must be so very proud. (Photo - NBC News)

Meanwhile Rep. Adam Kinzinger (R-IL) who voted for the bill shot back, "Infrastructure - communism is a new one. Eisenhower's interstate system should be torn up or else the commies will be able to conveniently drive! Red Dawn in real life." Good for you and it's nice to see some of the GOP squabbling among themselves for a change.

It should be noted that this infrastructure package makes funds available to modernize highways, rebuild water lines and billions for electric vehicle charging stations...it is the largest transportation spending package in U.S. history.

The UAW workers turned aside the latest offer from the company. Some might wonder why when the offer increased pay by 10% and

boosted their retirement and left health care alone.  Why would they vote no? It's simple friends...they did it for you and your family. Look the profits being extracted from American consumers are huge and those profits fall to the top of the economic order and do little for the struggling middle-class.

John Deere is expected to earn $5.7 to $5.9 billion in 2021. That is net income. In other words...profit. Meanwhile the Deere CEO, John May pulls in $14.7 million in compensation. Rajesh Kalathur the president of John Deere Financial and Chief Information Officer makes a cool $5.8 million. Ryan Campbell, Sr. Vice President and Chief Financial Officer rakes in $5.3 million and Mary K.W. Jones the Sr. Vice President and General Counsel hauls in $5.7 million. Four people make in excess of $31,500,000. 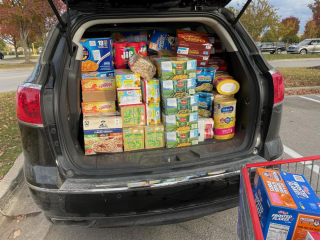 Meanwhile the folks on the picket line earn $275 a week from the UAW strike fund. If they find outside work that $275 goes away. Hoping the UAW will allow workers to pick up extra income and still get strike pay.  Here in POLK COUNTY, IOWA you can help donate to the workers. Here is that link. Also, the Polk County Democrats have been taking food and other items to the UAW 450 Union Hall. Syrus Miller is the UAW 450's community service chairperson and has told me they are accepting drive up donations 24/7. You can help... Thank you!

Thank you. Back on October 5th I announced a write-in candidacy for the Windsor Heights City Council. Two of my friends, Lauren Campbell and Joseph Jones had entered the race leaving the third seat still open. Three open seats but only two people filed. After talking with my bride, Georgie, and others in the county we launched this long-shot campaign.

In the end there were 453 write-in votes and, with the help of so many of you, we came out on top with 273 of them. It was astounding 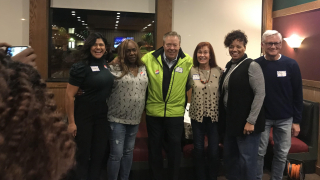 and I am so very grateful. Since the win I've heard from many folks who live in Windsor Heights and those who don't...all offering their congratulations. Humbling. I can share with you that I've already been meeting with constituents and others that were elected last week. My goal is to be a positive yet progressive voice for all the people of our community.

Meanwhile it was a clean sweep for the registered Democrats running in the school board and city election. In the contested election for the West Des Moines School Board all three Democrats won their seats. Fannette Elliott, a first time candidate joined Ana Morgan also a first timer and Lila Starr the current chair of the Clive Democrats turned back some others that are not as progressive. They held an Election Night Event last Tuesday and invited several of us. Joining in the celebration was the President of the West Des Moines School Board, Lonnette "Lonnie" Dafney and  ISEA President Mike Beranek  in this photo on the far right.