It''s the Sunday morning of the long Labor Day Weekend.  Thanks for coming by.  We're

not going to deal with loads of advertising and marketing talk today.  Just a review and a look forward as we grab a cup of Sunday Morning Coffee....

Our grand-daughter, Sailor is in town with us this weekend.  It means that we're having to re-learn speaking and listening at a 4 year-old level.  Some of it is working...  I have been instructed to use my "soft voice" and I am trying.  The other really cool thing is that Sailor has an attention span that is shorter than mine.  I am beginning to feel superior.

I was alive during the Vietnam War years and remember how divided this nation was.  I fear we're back to it.  This time driven in that direction by "talking heads" who see some sort of value in fear and polarization of the country.  The latest issue is the "Back to 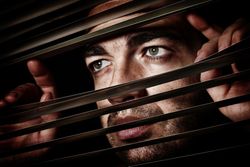 School" speech to be given by President Obama on Tuesday.  School districts, such as the one in Newton, Iowa (a suburb of Des Moines) will not carry the presidents speech.  They have received about 10 phone calls from parents objecting to having their children "brainwashed".  What is odd about this is "even in Iowa" we're finding people who see the "boogie man" and black helicopters behind nearly everything.  That, of course, is being fed by talk show hosts and websites.  It's weird my friends...weird and very scary.  So, I have taken action:  I am forbidding my family from traveling on "government roads" ("They" have tracking devices at rest stops!}  And forget about going to the airport.  I've heard those scanning machines actually implant a socialist agenda into our brains when walking through security...it's true!  You have been warned. 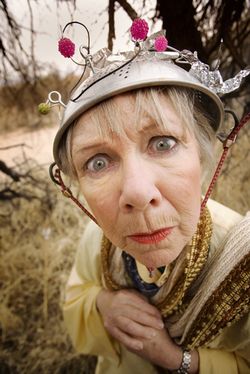 Staying on the "weird" for just a bit.  My friend Brent Polhman from Omaha shared with me that the City of Omaha recently passed a budget that includes a $50 "inspection fee" to "inspect satellite television dish receivers".    For...ahhhh...what?  That is the interesting question.  Seems the city is looking at a multi-million dollar budget shortfall so somebody decided, "Hey, we can raise cash by imposing a new city inspection!  Let's start with satellite dishes!!"  It's also spured folks to action with at lease a couple of websites going up to protest.  Two quick issues:  1)  We suspect somebody will challenge this in court.  How come they are not inspecting cable TV wiring?  2)  Speaking of cable.  Omaha has a contract with COX Communications.  Might there be a side (financial) benefit to pushing people away from satellite to cable?  Nahhh....to sinister.  By the way, I also hear Omaha has just purchased two million rolls of aluminum foil and will be distributing "mind control hats" at the Labor Day Festivities.  It's true.

We're moving.  Over the Labor Day Weekend staff from Des Moines Local...LIVE is

movng the radio station equipment from our tiny studio located in "Miss Kitty's" to our new studios downtown in the Des Moines Skywalk, just across the walkway from Palmer's Deli.  It's a good move as some 16,000 people a day make their way through our area.  The visibility and ease of attracting guests to our daily business radio show, Insight on Business will be much improved.  Over 35 broadcasters are now part of Des Moines Local...LIVE including J. Michael McKoy who dreamed up this idea along with several of us who came on board to give it a try.  See you downtown...starting Tuesday, www.MacsWorldLive.com.

Speaking about the radio show - We've got some great guests lined up for this week.  On Tuesday it's Paul Yeager from Iowa Public Television.  He'll be in to talk about the new season with The Iowa Journal and share other fun broadcast stuff.  Wednesday, Todd Razor from the Des Moines Business Record will be in talking about social media and what his firm is doing to meet those needs.  We're still working on Thursday and Friday...join us?

OK...so have a wonderful weekend.  For those of you not living in the US and being able to enjoy the holiday.  Don't worry...I have it from the highest authority that we're not quite through at this nation building stuff.  I heard it from the pilot of one of those helicopters.  Honest....

Thanks for reading.  You can keep up with us on Twitter, @MichaelLibbie or @InsightADV our website is www.InsightCubed.com - Michael Libbie

Today I spent 90 minutes with about 25 of my newest friends...and some I've met many times before.  The Urbandale Chamber held a social media and business class today 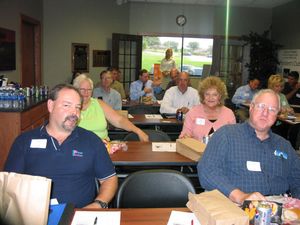 and I had the pleasure of sharing with them the impact social media can have on both large and small businesses.  My hope is that some lights went on and they can see the power in actually communicating their message to consumers and customers.

One of the things that is an issue, whenever we do these seminars, is time.  Trying to cover the high points of Blogging, Facebook, LinkedIn and Twitter takes time.  Then, if you actually want to SHOW people how it works...that takes even more time!  Hope it helped!

Thanks for the invite and we'll be watching for you on any number of the social media channels.