It's never too late to plan...doubt me?  Here is a photo I took at the Von Maur store in Des Moines on December 14...eleven days BEFORE Christmas. 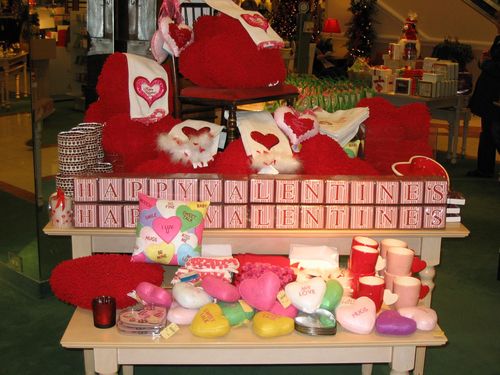 So, if retail can "plan ahead" how come you're having so much trouble?  Talk about getting into your head...in advance.   We can all learn something from this you think?

Too Busy for Social Media?

Maybe you've heard about what Google is doing with our friends at Twitter.  But, then 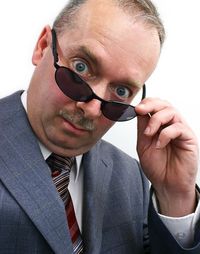 And that, my friends, could (or should) push you off the dime to get busy and protect yourself by using social media.  How?  By learning what is being said about YOUR product, service or business...or about you.

Here is a quick read by Mack Collier on the subject:  "No Place to Hide from Google Search"  Please read it and take action...  Remember, it's not "coming" it's here.

Thanks for coming by.  Join us Monday - Thursday at 12:30PM Central for our live radio/tv show, Insight on Business only on Des Moines Local...LIVE!

Posted at 05:13 AM in Advertising & Marketing, Agriculture, Business | Permalink | Comments (1)

Go BEYOND Customer Service for 2010

On our daily radio show, Insight on Business, we've talked and talked about customer 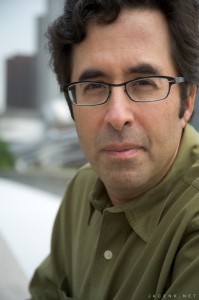 service and why business, most business, simply can't get it right. And why, for the love of everything holy we stand for it.

Today I was blessed to read "The 10 Customer Service Trends for 2010" by Barry Moltz.  It is really a great read!  So, go and read it already!!

Remember YOU have all the power to retain and gather new customers...use it.

Oh, and Happy Chanukah to you Barry....from all of us in Des Moines, Iowa.

Thanks for coming by, reading and interacting..

I feel your pain.  No, honest.  With Twitter, Facebook, LinkedIn, Plaxo and your Business Blog...it's too much.  Right?  Here are a couple of brief ideas to help you out and get you

Best advice is to get started and keep going...reach out, listen and learn.  It's an amazing world.  What do you think?

Ahhh...Sunday Morning the perfect day to kick back with a hot cup of "joe" and catch up.  That's what Sunday Morning Coffee is all about...  Stick around for a visit?  We'll get back to business on Monday. 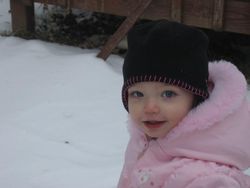 The Winter Death Storm 09 blew through his this week and deposited 15+ inches of snow in the Des Moines Metro.  The winners?  The media that hyped this to the max getting loads of people whipped into a frenzy.  Minute by minute of storm tracking was even done by our friends at the Des Moines Register...  The other winners were those who took what they got and made something of the time.  (That's our grand-daughter Jovie...isn't she adorable?

Folks like Heidi Rockwell and her husband Sam who own Yumi's Bakery in Grinnell, Iowa.  The afternoon before the big storm I had, on our radio show Insight on Business, talked about using "snow days" to be creative and proactive.  When the snow came and nobody NOBODY came out to buy Heidi's' baked goods she remembered the article she had read on our blog.  She went to the phone and started calling motels along I-80 and offered them delivery service.  History was made that day as Yumi's Bakery had the biggest day in their history delivering to stranded motorists.  Thanks to Jack Mathews of Our Grinnell for the story! 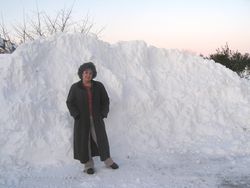 In another winter storm related story we remind you that your "good name" is valuable.  Jim Ericson works for Group Benefits Limited of Urbandale.  The company is owned by Brian Hewitt.  Jim doesn't own a snow blower.  This past Thursday he was ready for work but the snow trucks had buried his driveway.  He flagged down a guy driving a truck with a snow-blade and offered to pay him to clear out a path.  The truck driver asked Jim if he worked for Brian Hewitt, Jim was wearing his Group Benefits Ltd. jacket.  When the driver learned that Brian was Jim's boss he said, "I owe Brian one." and cleared the driveway for free.  As Jim wrote to his fellow workers, "You can be very proud of where you work and who we all work for.  Don't be afraid to brag about it.  You never know when you'll receive an unexpected benefit."  Neat...and remember to wear your company logo...if you are proud.

Today is the second day of Chanukah.  If you've always wondered what these eight days are about...here is a link.  Enjoy. 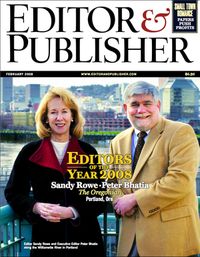 Another nail in the coffin?  This past week Editor and Publisher ceased to exist.  The 125 year-old publication, known as "The Bible of the Newspaper Industry" decided to throw in the towel and stop printing.  Might it hang around in some form?  Perhaps...but it is yet another sign that things are changing...fast.  And if you are not making the serious changes in your business by increasing your digital footprint.  Well, you know that story.

If you are a LinkedIn user would you consider taking our Poll on "Holiday Closings"?  Many folks have and it's fun to see what people think about taking time off during the holidays.  And, if you've got a comment...feel free to leave one.

I uploaded UberTwitter on Friday afternoon...so far...so easy.  Do you yet Tweet from your mobile device?  Just checking...

Thanks for sharing a cup of coffee with me.  Learn more about us at our agency website, www.InsightCubed.com.  Keep in touch with us on Twitter:  @MichaelLibbie or @InsightADV or @RuralLifeRadio.  Here we are on Facebook and this is the link to Des Moines Local Live.  Have a great Sunday and thanks again!

The "Holidays" are just about here.  We've thought for a very long time that many 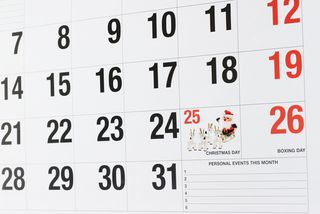 companies slow way down or simply shut down before December 25th.  Now, some of you might be "hard core" and keep on rolling.  So...

If you are a LinkedIn user how about taking this very short poll.  We'll share the results on our daily, live business radio show, Insight on Business.

Thanks for reading, interacting and Merry Christmas, Happy Chanukah!

We've just come through a tough 24 hours of snow and blowing snow. Many of us here in Central Iowa have "hunkered down" for most of the period. How did you use this time? Did you get some much needed work done? Did you reach out to customers and clients using social media? Did you work on plans for 2010? Or...did you sit back with a homemade pizza?

"Downtime" can be serious productive time...I'm just wondering what you've been doing, from the business side, with yours... 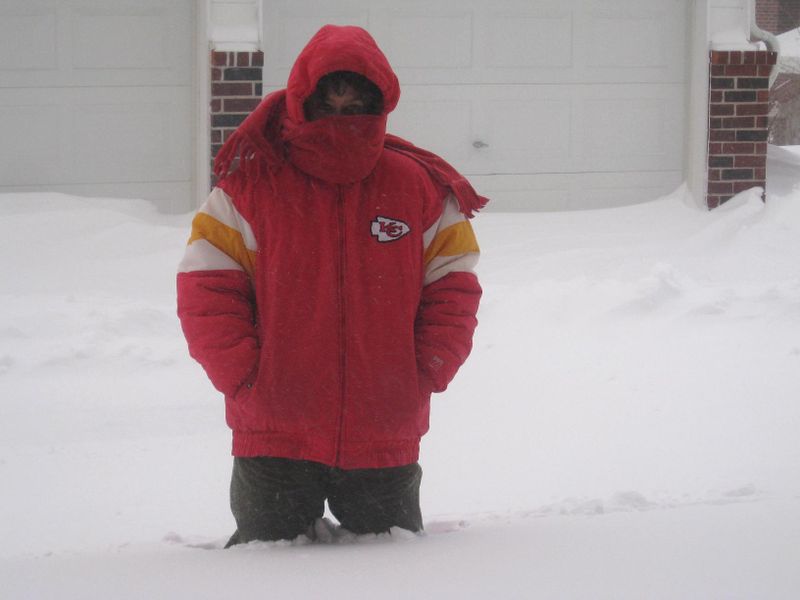 Agriculture and The Internet...You There? 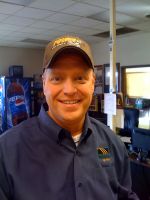 Internet Usage Among American Farms/Farmers.  While I've seen higher connectivity numbers (especially among "rural lifestyle" folks) this is another reminder that if you are not expanding your "digital footprint"...well, your business is dying.

Thanks for coming by for a read...and do click on Mike's piece.  Then the next step for you is to figure out a way to connect to agriculture.

Posted at 06:01 AM in Advertising & Marketing, Agriculture, Business | Permalink | Comments (0)

Sunday Morning...that time of the week when we can kick back a bit, review and look

ahead.  Grab yourself a hot cup of "Joe" and let's spend some time together over our sunday morning coffee..  As always, I'm really curious on your take about these stories that are not critical just interesting...let's visit.

This past Friday morning, starting at 6:30, we had a big crowd for the monthly meeting of The Central Iowa Bloggers.  It's a group of folks that started down this blogging trail several years ago.  We get together to help each other, share knowledge and visit about possibilities in business.  Tip of the hat to Mike Sansone the "Don" and more lower in this post.  I'm wondering if you, in your city, have anything like this where 25 - 40 people gather once a month to learn and help each other?  Do you??

Staying on blogging a minute. I'm still perplexed at this LinkedIn poll done by my friend Brent Pohlman.  Still 40% of the respondents update their blog "once a month", "a couple of times a year" or "Do not have a blog."  Are you kidding me?  This wouldn't be sooooo weird if it were not on the professional social media site, LinkedIn. So...nothing going on in these people's businesses, with their customers, their lives, their careers?  Strange. 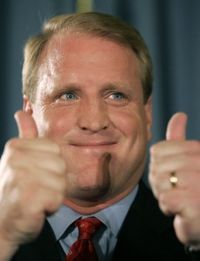 I like him...but he is in trouble.  Iowa's Governor Chet Culver lost his campaign director Andy Roos this past week.  That, on top of sliding popularity poll numbers and building momentum by the Iowa GOP, isn't good.  Sure it is early.  But, the really weird deal?  Last week I spoke to a guy from a national (right of center) group who played cards for several hours with the Governor.  He said, "Politics aside Chet Culver is a great, great guy."  This sentiment is repeated over and over again by people who know and meet the governor.  I've said it before...if the governors staff would get out of the way and let this guy loose...poll numbers would be different.  Politics is 50% personality..but, nobody is listening.

My son's vehicle was hit three weeks ago during the mid-afternoon while parked in the street near his home.  It was a hit and run, seen by at least two people that got a partial plate number, described the green Jeep Cherokee and the damage to it as well as the driver and two passengers.  But the Des Moines Police Department can't find 'em?   I know this isn't CSI...but seriously?  I was told that they often don't start looking until the insurance company puts on the pressure.  Sooooo....the DMPD works for.....???? 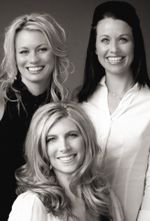 Local...LIVE, is moving to FOUR days a week rather than five.  The daily grind of putting together a 90-minute show is getting to us.  And...because we close our offices at 3:00PM on Friday afternoons this will allow me more time to spend with our clients.  Taking over the Friday slot, starting this week, is the BE Girls...it ain't business...but it's fun.

At CIB on Friday I visited with a very interesting film producer, Gwen Barker who has just transplanted from Chicago to Des Moines (something about a June wedding!).  We were talking commercial production and I mentioned $6,000 for a finished minute of top quality video and she said, "That's it?".  We're from different worlds...but it was a great conversation.  Also a shout out to my friend Mike Templeton from Catchfire Media.  Good stuff in the way of social media coming to Des Moines.

Last week I had a meeting with the folks from www.LotusMoments.com about expanding their marketing footprint.  Look for stuff coming down the line.  Great family owned company. 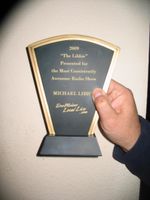 Finally, and I am humbled, last night we held a gathering of the Des Moines Local...LIVE radio crew, nearly 60 people were in the room when J. Michael McKoy presented me with "The Libbie"and told the folks this would be an annual award for the best, consistent radio show on Des Moines Local...LIVE.  I know this isn't a big deal for many of you reading...but I was grateful.  And, to have an award named after...me?  Thanks, and seriously...thank you.

Catch you during the week?  Say with me on Twitter @MichaelLibbie or @InsightADV, visit our site, www.InsightCubed.com and yep, you can find us on Facebook.  Have a wonderful week!

www.LotusMoments.com talking social media and how it is changing... thanks for coming by for just a second!