Slow Down - It Matters

The other day we were walking through the flower department of a local  Home Depot when I spotted this sign: 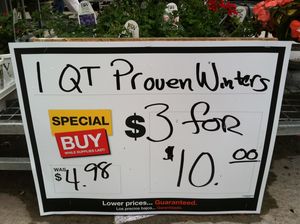 Go ahead, take your time...

Yep "Proven Winters" and it seems that three dollars will get you ten dollars...  That's better than the casino.

We all get caught up in "hurry up".  The client wants ______ tomorrow by noon so somebody rushes and there is an error.  Or rather than do a really good job at proof-reading we skim it and...we end up with "Proven Winters".

Slow down.  Spend the time and energy to work the project.  If you are a business who hires an ad agency don't demand "great" and then give an unreasonable deadline.

It never works out well. played havoc with our connections.  Email, Internet Speed, Facebook, Twitter have all seemed slow...or not working, in the case of email, for most of the weekend.

I read a Facebook Post from a friend who said, "The surge protector for our television got zapped and we're not plugging in the TV until we get a new one.  Now to figure out something for our kids to do."

Never before have we been so "connected" yet so "disconnected" from people.  And, if you treat your business by using only digital input, we think you'll lose touch with reality.

There is a filter on digital communication that isn't usually present in face-to-face conversation.  Email filters out facial expressions and voice tone.  Social Media swings with the "instant mood" of the individual praising or complaining...or just plain whining.

We think it's better to augment the digital conversation with real, face-to-face time with consumers and customers.  It might take a little longer but the return on your time investment has the power to re-connect us all in a way that can pay huge dividends.

What do you think?  Is it time to communicate?

If you would like to comment here, feel free.  And/Or let's connect on our advertising agency Facebook Page or our Twitter Stream.  And, here is something novel...let's grab coffee sometime or meet up at a networking event.  Who knows what might happen.

Posted at 09:45 AM in Business, Consumers, Small Business | Permalink | Comments (0)

The Power of Local 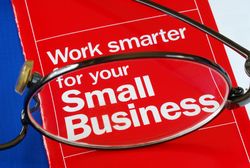 It is a trend that has been sweeping the nation for well over three years and it is being driven by small business people who get it.

We're talking about the consumer demand regarding local products and services and those small business owners who have recognized the trend and now incorporate "local" into their advertising and marketing efforts..

Here are some quick examples:

The direction your local business needs to take is celebrate local.  Include the message in your marketing plans.  Make sure your service performance is exceptional.  Build "brand warriors" out of your local customers.  Encourage customers to share their experience on social media channels.  Deliver solid local success stories as often as possible.  Engage with your local business community. Use video to bring the local experience to life. Be a "go to person" on the benefits of local for your area media.

Two other important things to consider...

Do NOT abdicate your local marketing efforts to the Chamber, while they are your friends they also have plenty of dollars rolling in from non-local folks.  Besides...it's your business...take the lead.

If you live by price you will die by price.  Focus on quality, sustainability and familiarity.

If you want to leave a comment here...feel free.  And/Or you can join us on our Twitter Feed @InsightADV and our advertising agency Facebook Page is right here.

Banners vs. Native Ads - Who Wins?

With the birth of the Internet came banner ads.  You know, those annoying boxes that compete with the information you logged on to see.  The sales departments in newspaper, magazine, radio and television urged their clients to buy banner ads "to be seen by millions..."  We have, for years, been pitched the thousands, if not millions, of page views a media company says they get in the hope we'll purchase a banner ad and...we have. 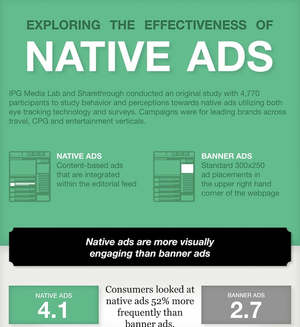 That's not to say we didn't buy some.  However, in each case the number of clicks to a banner ad was, at best, underwhelming. While we've always warned that "page views" do not translate into "click throughs" some of our clients were still intoxicated with the idea of cheap advertising and increased exposure.  But then, following the run, they quickly opted out.

Now along comes a study that, in part, supports our long standing belief. The study says consumers visually engage with "native ads" 52% more frequently than with banner ads.  The survey used eye-tracking technology to measure ad impact for major brands.

So, you're wondering, "What the heck is a native ad"?  Here's a quick description:  Think of an add that appears in the conversation stream of Twitter or Facebook.  You know, right there on the top of what a friend said about supper and below what somebody said about their kids.  They can also appear in blogs, smack in the middle of the conversation sort of like this:

If you are a small to mid-size company how do you get there?  Well, if you are already in social media circles you already have the power. Now what you need to do is visit regarding WHAT you do...making sure it's at least interesting to the audience.

Study details can be found here:

Who Controls Your Brand?

I am a throw-back to another era.  I happen to enjoy getting the hard 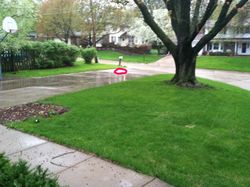 copy Des Moines Register each morning and have done so for years.  About 5am each day it's a cup of coffee and the Register.  And, except for the sports section (sorry Bryce) I tend to read every word. OK, confession...now that AHL Hockey is coming back and the Iowa Cubs are playing...I'll read those stories.)

When the Des Moines Register decided to start their "Pay-to-View" policy last year i didn't leave.  I signed up.  In other words, I'm a loyal customer and willing to shell out the $24 a month for the ability to keep informed at home or away on business.

The first time my newspaper was "delivered" to the end of my driveway (100 feet away from the usual location) I let it pass. "Maybe a new delivery person", I thought.  That was a week ago. 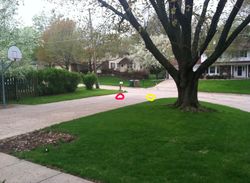 Yesterday, during the rain, the "delivery" was once again at the foot of the driveway. (Image 1)  Today the "delivery" was deposited next to the rain-soaked daily of yesterday. (Image 2) And, if you click on the image and look across the street you'll see my neighbor's copy about six feet away from the garbage containers.

Today I decided to report the issue.  It's not that I'm adverse to exercise, I did 90 minutes yesterday, it's just that I like the service.  So, I called.  The automation was expected and I requested a call back.  "The Machine" said that would happen within thirty minutes.  It did.

Sheila said it was not standard procedure for delivery on a carrier route to deliver away from the house and asked if I'd like to make sure we (and our neighbors) paper was delivered doorstep.  I did but, I wondered why I had to spend the time to wrangle through the reporting issue on the phone and on-line.

Bottom Line: No matter how hard folks work to produce a product the brand can be tarnished the most by the folks who actually come into contact with the consumer.  That's true here...and in your business...no matter what product or service you sell.

Phone Calls - You Get Them Too? 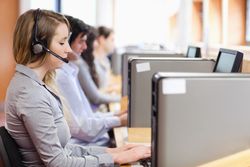 Call" list.  But we didn't because we enjoy getting them and learning how these long-distance "resellers" work.

You know the drill, "Hello!", says the chipper voice.  "I'm from Century Link and may I speak to the person who handles the account?"

Of course the tip off is...if they really are Century Link they would already know who handles the account.

So, we sometimes listen for a few seconds to the standard pitch and then ask, "So, are you a reseller or are you Century Link?"

Pause...  "We work with Century Link to reduce your phone service costs."

So, you get these too?  What's been your tactic?  Just wondering.  They keep doing it so something tells us some of you...bite.  Want to share?

If you want to leave a comment here, feel free.  And/Or let's get together on Twitter @InsightADV and our advertising agency Facebook Page is right here.  Thanks for coming by! 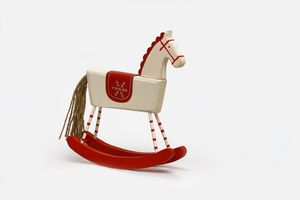 advertising and marketing when I was introduced, by another friend, (see I have at least two) to a fellow who "specializes in social media advertising".  I decided to "play dumb" (not difficult at all) and hang on his every word.

"Yes, social media is the answer to advertising and marketing" said my excited new friend.  "Our firm doesn't even have a website.  Why would we? Facebook advertising is where it's at."

I asked if his firm uses Twitter on behalf of his clients. "Oh yes!  We have a number of interns who Tweet for our clients so the client can focus on doing business and not have to be bothered actually doing the social media."

I mentioned I had heard of Twitter and also heard it was far better to have "organic" tweets rather than having the work outsourced to a third party.

"Nonsense!", he nearly shouted, "The important thing is to get the message out there."

I wish I had more time to learn about this new "social media stuff" but I had to run on to another appointment.  I did, later, look up this fellows professional profile and...

If you hold yourself out to be the savior of small business you might want to be in the loop.  Not long ago I warned you about a "One Trick Pony" little did I think I'd bump into one.  When somebody tells you they have "all the answers" to your marketing dilemma, two words:  Buyer Beware...

If you want to leave a comment here, feel free.  Or join us on our Twitter Stream @InsightADV and our honest to goodness advertising agency Facebook Page is right...here.  Thanks for coming by! Michael Libbie