around to talking about different sales techniques.  He's seen companies that are selling value because they have high margins and high costs and he's been witness to companies that sell items like a commodity...low margins and low cost.

I asked him which, in his opinion, was the easier sell.

"I would much rather sell high-cost/high-margin products because it's easier for me to sell the idea of the value this type of product brings to the consumer."

He went on; "But, that's me.  I know sales people who like to sell on price only and, based on my experience, the sales professional who sells on price has a very hard time switching over to sell the idea of value for higher priced products."

I thought it was an interesting discussion.  So, what about you?  Is there a difference?  Do you think a salesperson who can sell value can also sell price?  Which is better?  Selling on value or selling on price?

Insight Advertising, Marketing & Communications is a full service advertising agency that is also the fuel that powers Insight on Business the News Hour heard Monday - Friday between 5PM and 6PM on 1350-KRNT with our business interviews located on our Podcast Page.

OK, it wasn't as bad a flop as the roll-out of the Affordable Health Care

website but still...  Last week our friends on the Iowa State Fair Board had cow-pies in their face.  The Board, aware of reports that other states that were missing out on thousands of revenue dollars due to either under-reporting of sales or skimming, determined that fair-goers should by fifty-cent tickets for food and drink.

Yep, fifty-cent tickets.  Can you imagine how many tickets, at fifty-cents each, you would have to lug around just to buy a bucket of cookies or two rounds of cheese curds?

Well, the public and the vendors screamed and within a day of posting the new rules the Fair Board decided they had enough and cranked out a press release that was heavy on "Oops" and very light on details.

When we made contact with their media office we were told, "The press release is all we are saying."  In other words, "We don't know exactly what to say and hope all of this blows over...quickly."

Cashless at the Iowa State Fair really isn't a bad idea. But, fifty-cent tickets is. We think it might be a wise investment to launch a "debit-card" system.  When you buy advance tickets you get a card (Maybe even pre-loaded with five bucks? Thinking PR) that you can load remotely or at the fairgrounds.

The drawbacks of the cashless system are hardware and public relations.  And...judging by the poor PR that went into this decision it might be awhile before the Iowa State Fair should even consider...hardware.

Insight Advertising, Marketing & Communications is the fuel that powers Insight on Business the News Hour where this story was first aired. 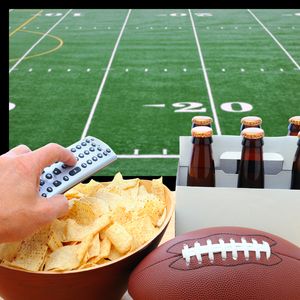 sales?  You guessed it...the sponsors of the Super Bowl.  Does that mean the ads fail?  Should you always be measuring the success of your marketing efforts on...sales?  Here's the answer:

According to a recent 1,000 person study conducted by the Tucson-based research firm Communicus 80% of Super Bowl ads do not achieve sales for their brands.  But, the sponsors keep coming back and spending those dollars.  Are they crazy?

No.  There are several ways to look at this:  1) Super Bowl ads, they found, are remembered better (44% vs. 32% for non-Super Bowl ads) and if they are remembered they get talked about and shared.  That's one of the reasons these ads are so creative. They are meant to boost the brand...not necessarily sales and 2) 20% of the brands do get sales results and 20% of millions of folks ain't bad.

But, what about you and your brand?  If you continue to measure the success of your advertising campaign based only on sales; it is too narrow of a focus.  Besides, if you are executing your campaign correctly you're doing something the Super Bowl sponsors are not.  You are including a call to action in your message.  Most of the ads you see during the big game are designed to highlight the brand....not sell.

Bottom line:  Always measuring success based on sales is a little short-sighted.  But when you do, make sure your campaign has actually asked for the sale.

Our Facebook Page is right here!  And, because we're the power that fuels Insight on Business the news Hour with Michael Libbie you can find that information...here!

Posted at 09:00 AM in Advertising & Marketing, Marketing Tips | Permalink | Comments (0) 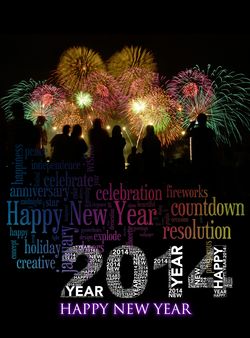 When we started blogging for Insight Advertising, Marketing & Communications we did so because we thought it was a great way to expose businesses to our craft of advertising.  Over the years, we've been at it since 2006, our goal has been to shed some light on advertising and marketing ideas.  At least that's what we wrote in our very first post, "Getting Noticed".

Since then, there have been many changes.  Sometimes we blogged about other people ("Bob Schnell - Thank You!"), sometimes we took our eye off the ball and blogged about politics ("Counting Chickens"),sometimes it was simply a way to engage our clients and help them boost their visibility ("Got Your Back!" and sometimes it was to poke fun at ourselves ("Chickens and Advertising").

We've always thought that blogging allows us, and our clients, the opportunity to expand the voice of our brand.  To allow people to get to know us.  To improve SEO and finally as a creative outlet...because sometimes that's important for folks like us.

We've added many more images, shortened our posts to under 300 words, added video, linked out more and asked more questions.

So, Happy 2014 and how has your message changed or how do you see it changing in the months ahead?