My bet is that just five years ago that would have been the response of many who had never heard of a "podcast". Today it's so much different. Today, according to a recent survey of 16 to 64 year old internet users, 39% consume podcasts each month. Here is that data.

That's a big number and it continues to grow. The reason? Convenience. 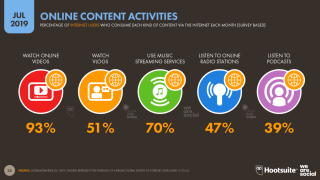 It's all about the time crunch that faces everybody. No longer do you have to sit and wait for the news or information. You can subscribe to a podcast and get it delivered to your inbox on your time. And if the host is knowledgeable and engaging so much the better.

One other quick fact. We're seeing more dollars being spent advertising on podcasts. Back in the day when FM radio started I remember sales people having to carry a small portable radio to clients so they could prove to them that FM radio existed. No, really! Today it's podcasting. People who are not informed about the power of podcasting are having to learn a whole new way of advertising their products/services.

On a podcast the traditional thirty-second "ad" doesn't work like it does on radio or TV. Listeners want what they want and don't wish to wait through several minutes of commercials. So the savey podcaster knows that embedding the message into the stream makes more sense. 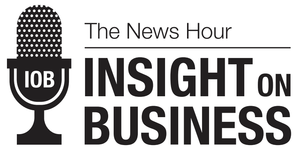 One other thing about podcasting is quality. The quality of the audio is critical to a successful podcast. If the podcaster puts out lousy
audio that distracts from the content all is lost. It's one of the reasons professional audio and those who are experienced in audio seem to have better response to their efforts.

We've been in the podcast space for over 10 years starting with something that was way ahead of it's time at WebcastOne Live to our current business news podcast, "Insight on Business the News Hour". Sure it's about business and it's not as sexy as a murder mystery or a political rant...but's it's effective and it seems to deliver content that is appreciated while also garnering financial support. 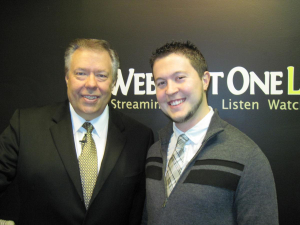 appeared on the web, moved to terrestrial radio and now is a combination of both radio and podcast. (Photo from 2011 with a younger Ben McDougal from our studios at Webcast One.)

During that time I've interviewed thousands of business people about the who, what, where and why of their business. Each long-form interview is then placed on our Radio Blog and shared across several social media channels multiple times over the course of several weeks or months...depending on the story.  We also send out the interview link along with a one-page "How To" so our guest can then share their story on their own social media channels.

In other words, we have a long and proficient history when it comes to social media, especially Twitter.

I tell you that because, over the years, I have searched for and found hundreds of Twitter Profiles connected to the businesses we've featured. We do that so we can link our story to their feed and help them get more traction. 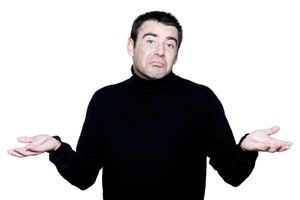 However, more often than not, those business Twitter feeds have been abandoned or, worse, so sparsely cared for that I see one or two Tweets a month...if that. And, what is even more incredible is that even if our guest has a fairly active Twitter stream they may fail to retweet their own story and the content we have freely created for them.

Often I'll reconnect with a business we've profiled and ask the question, "I see that while we've shared your story a dozen times on Twitter over the past two weeks and tagged you. Yet, your Twitter stream has never carried your content. Can you tell me why?"

They don't know. Or worse yet I get, "Gosh, I'll have to ask our social media specialist about that..."

In other words they simply don't understand the power of Twitter. They may have relegated it to an outside source or have an internal person who simply doesn't understand how the platform works. Finally, I believe, they think..."Hey, it's free. How valuable can that be?"

Business has, in front of them, their own media company that, if they work it, can pay huge dividends in the form of referrals and sales and building a positive brand.

It's time to re-tool your thinking. Let's start with this piece, "Giving Up On Twitter" from 2015.