OK, this will not be a PC post.  Our friends at Hardees and Carl's Jr. need to shore up support from young males so they cooked up this new "Memphis BBQ" TV piece called "BBQ's Best Pair".  Clearly it is...targeted.

Beyond the targeting of the message I hope you paid attention to the work that goes into creating a high quality television commercial.  Notice the equipment, the attention to detail...all for just 30 seconds.

So, our question to you is this: When you're spending money to showcase your product/service on television or in online videos don't you think it's important to spend an equal amount of time and energy in the creative?

Posted at 07:24 AM in Advertising, Creative, Television, Video | Permalink | Comments (1)

Now for something...different. Much of our advertising agency work revolves around agriculture.  We've 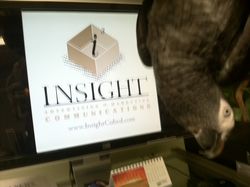 That's why when we saw this video we had to post.  It's says all the cool things about agriculture and it gives a nod to the youth in farming.  Check it:

What we liked about this was the reality aspect.  We were willing to sit and watch for the 3+ minutes because it's something we relate to.  Will it play in St. Louis?  Maybe...but it does highlight the power of creative video in business...even farming.

Posted at 09:13 AM in Advertising & Marketing, Agriculture, Video | Permalink | Comments (0)

The Power of Video for Business

Our agency does lots of print and digital advertising work for our clients. 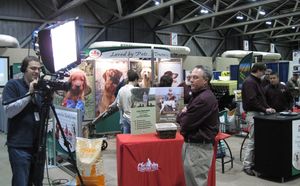 When you consider the time and effort that goes into high quality video for television commercials, on-line video and in-store product piece you can begin to understand why some small and mid-level companies have been reluctant to invest in in this method to reach consumers.  However, according the the numbers making the switch pays off.  Why?  Consumers (including B to B) are watching.

Companies who are in tune with the trend began investing in high quality video production several years ago but, it is not too late for those of you who want to capture targeted market dominance.

A quick blooper reel from a recent "Chicken Shoot".  Our client, Country Vet Pet Foods based in South Dakota is launching two new poultry products this spring intended to reach consumers who raise chickens in urban areas.  We created the packaging and then asked if they would like a QR Code placed on each bag so consumers could access further information regarding the use of the products.

They said OK...but we were on a tight timeline.  We contacted four folks within the city of Des Moines but because of rain or our time needs nobody came through.  That's when we turned to Social Media to help find somebody.  Our friend Renatta Bolan from Bindery One suggested her parents acreage about 30 minutes south of the city.  So, I packed up the vehicle, short script, camera...and...  Well, this is the blooper reel.  About halfway through notice the...smoke?

Never a dull moment in our business.

This week is the 57th Iowa Power Farming Show being held at theIowa Events Center in Des Moines.  Not only is this the second largest farm equipment/products/services show in the nation it's also...fun.

We took our camera to the line of folks waiting to board the free shuttle buses sponsored by our client Calcium Products and asked them to speak out about, Groundhog Day.  When is it?  What special things will you be doing?  Are you going to the sales?  And...we meet somebody who actually had family in Pennsylvania to see the Groundhog!  Royalty I tell you...

So, why post this?  Because you can also have some fun when you're marketing.  Honest.  Thanks for coming by.  If you want to connect leave a comment here or follow us on Twitter @InsightADV.  Have a GREAT GROUNDHOG DAY!

A few weeks ago I had the opportunity to sit down with David Jones, President and CEO of the Grinnell State Bank.  Only we were not in Grinnell we were in Johnston at one of the recently acquired buildings of the failed Polk County Bank.

"Failed" is a tough word and Mr. Jones, in this interview, talks about the Miller Family, banking, buying local and a surprising story about lending money.  Spend ten minutes getting to know a very uncommon banker, David Jones: 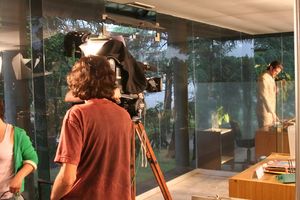 away.  Following many conference calls, trading all sorts of notes and moving forward with the project we decided we had "nailed" the story line in our video.  Six states, dozens of interviews and twelve hours of film.  Nailed it!

That was the word last week as we engaged in another conference call.  "Yes, you hit on all the segments that we asked for however, the subjects you filmed didn't hit the ball out of the park".

I should tell you that all of the subjects we filmed were not paid and they were clearly not professional actors.  They were...real.  However it seems we didn't get them to say exactly what our client wished.  We can take that but we felt we needed more "direction".

Mind you we had invited them to each of our out-of-state and in-state shoots but they couldn't make it.  This time they were more open to the idea of coming out and going to a couple of additional filming adventures.  We're grateful.

The moral of this story is that no matter what you think the customer wants and no matter how many times you go over the details and the benefits and the methods...the end product may not meet the exact specifications of the consumer.  Long distance "direction" simply isn't the best way to get the job done.  What are your thoughts?

I know dozens, if not hundreds, of people who look for that "magic bullet" that will 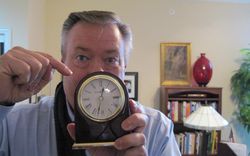 allow their product/service or campaign to click in the minds and wallets of consumers.  I want to share the secret(s).  It's timing.

Here is a great example:  Over the past eight months the State of Iowa has been the political and media focal point.  For months we've had to endure listening, reading and watching folks opine about our state.  Often missing the mark...completely.  Mix that fact with creative folks (tip #2) like Scott Siepker and Paul Benedict who have been (tip #3) paying attention and you get...this: (NSFW Edition...sorry it works better.)

535,000 views...and counting.  Oh, there is one other thing that needs to happen to make something "click" in the hearts and minds of the consumer you need to (tip #4) take action.  Just having the timing, being creative and paying attention won't get the job done.  You need to mix those with actually doing something and chances are...you'll click.

If you would like to connect you can leave a comment here, or on Twitter it's @MichaelLibbie (personal) or @InsightADV (business baby...business) or our advertising agency Facebook Page is right...here.  Thanks for reading! - Michael 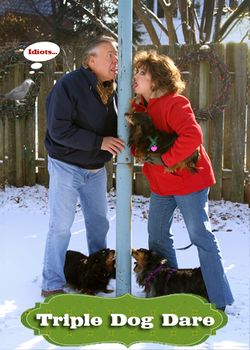 It can be one of the biggest "time-sucks" on the planet.  And, it can be huge for your business if you use it correctly.  So, let's talk about three ways your business can get more out of YouTube.  Here is the video about using video...the text is below:

Let's say you want to promote your customer service or you want to let folks know where your business is located or you want to highlight a new product or service.  Diverse items but each needs a plan.  Give yourself some time to think through how you'll shoot the video, what you want to say and what message you want to get across.  Write it down...then pick up the camera.

We tell our clients that anything over four minutes is...way too long.  IF you can get that testimonial done in sixty seconds...try to make it forty-five.  We can often get caught in our own message.  The consumer doesn't want all of that...unless it's fun.  Besides LONG videos take FOREVER to upload.  You don't have time for that.

Have a good time with your videos.  Smile, engage the viewer, be real...be organic.  Introduce your customers to some of the folks that work with you, what they do...and why it's a great place to hang out for eight hours a day.  Simple...no?

If you want to leave a comment here, feel free.  Or let's connect on Twitter @InsightADV (business) or @MichaelLibbie (personal & business) and here is our advertising agency Facebook Page.  Thanks for coming by! - Michael